Share All sharing options for: This Is New Orleans' Ultimate Hot Weather Beer

As Wolfram Kohler, founder and brewmaster at the Crescent City Brewhouse, likes to say, there's nothing like a good, clean, simple pilsner. It's what most of the world drinks, according to Kohler, and for good reason

The proliferation of independent microbreweries in recent years once flourished under the purpose of providing a flavorful alternative to the pale, yellow, low-alcohol lagers mass-produced by large beer companies like Budweiser, Miller, and Coors. Over the last decade, the craft beer scene has provided hoppy IPAs, hoppier double IPAs, bourbon-vanilla stouts, beers made with lactobacillus and brettanomyces for sour and/or barnyard flavors, beers with every kind of fruit imaginable, and many more.

After all that boundary-pushing and palate-blasting, more and more beer lovers are finding that for the day-to day, especially in the summer, they just want an easy drinking, tasty beer, like a...lager. And craft brewers have responded to this demand eagerly, anxious to prove their mettle in creating a beer that's so light-bodied and deceptively simple that any brewing error will be glaringly obvious.

New Orleans and much of southern Louisiana was well-populated by emigrating Germans in the mid-19th century, and the motherland's crisp refreshing lager was the perfect style for the local heat and humidity here.

What is a Lager, Anyway?

Well, simply put, there are two major families of beer: ales and lagers. The primary difference between them (simplified) is that they use different kinds of yeast. Ale yeast ferments best at higher temperatures (55-70 degrees) and lager yeast ferments at lower temperatures - 40-54 degrees. You might hear the terminology "bottom fermenting yeast" which basically means that when the lager yeast at the lower temperature finish fermenting the beer, it falls to the bottom of the tank, which drops it out of solution, and presto, clear, clean lager beer.

The broad definition of a lager means there are many lager styles, and not just the stereotypical pilsner style that first comes to mind. There are hoppy lagers and dark lagers and even lagers that are porters. All this is to say, we here in the New Orleans area have access to lagers of various styles from a variety of places— here in Louisiana, other national breweries, and overseas. 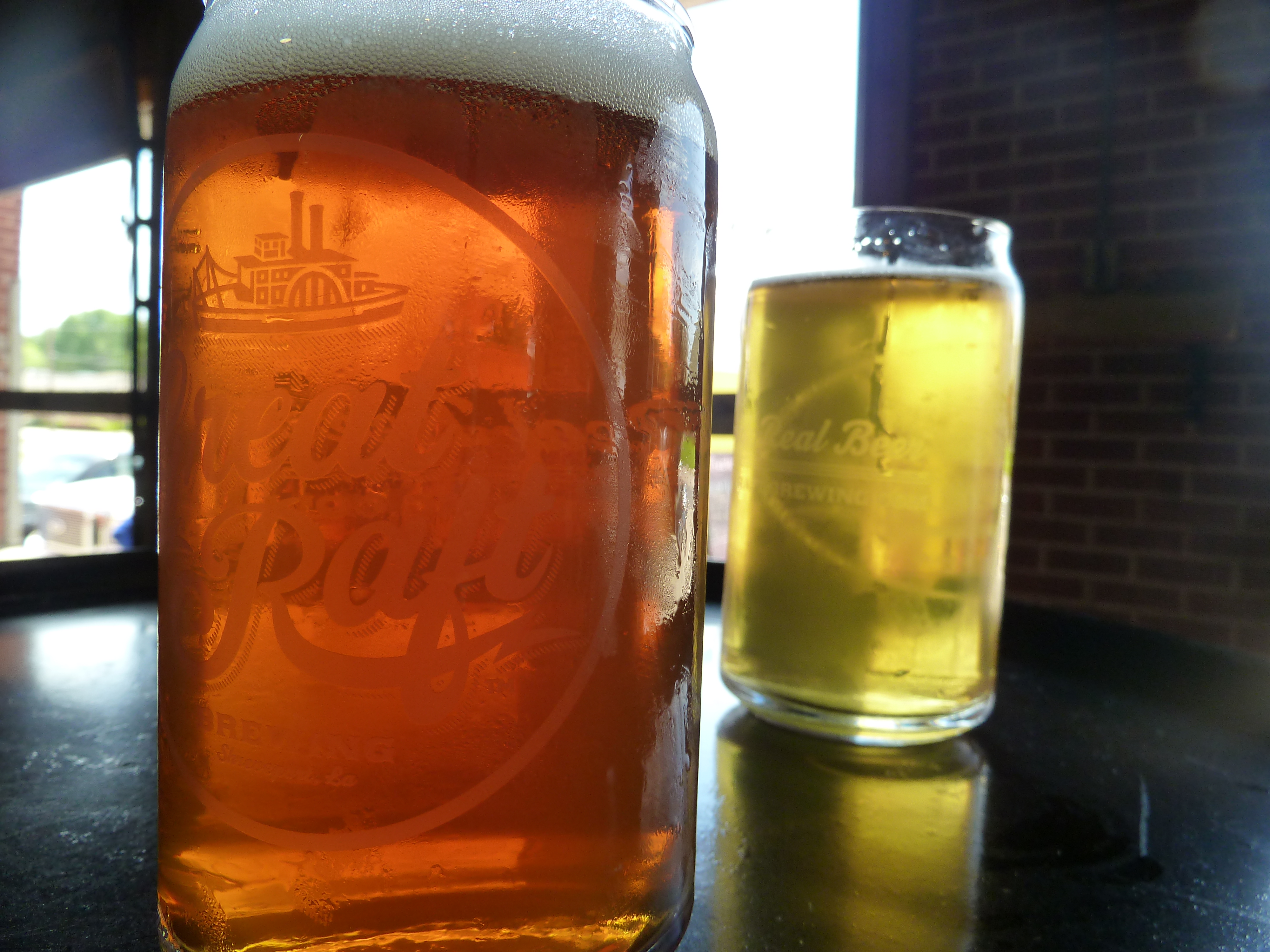 Where To Find a Great Lager in Louisiana

Gnarly Barley's Catahoula Common is a hybrid lager, meaning that the beer is fermented with lager yeast but fermented at warmer ale temperatures. The result is crisp but with a bit of the fruity ale ester characteristic giving the beer an extra dimension. The brewery's Korova Milk Porter is another hybrid beer called a Baltic Porter. Like the Catahoula Common, it's fermented at ale temperatures with lager yeast.

Urban South's first seasonal beer, released this summer, is Delta Momma, a Citra-hopped Vienna-style lager. (Various German cities have their unique, historic style of lager, some lighter, some maltier, but we're not going to get into all THAT here.) 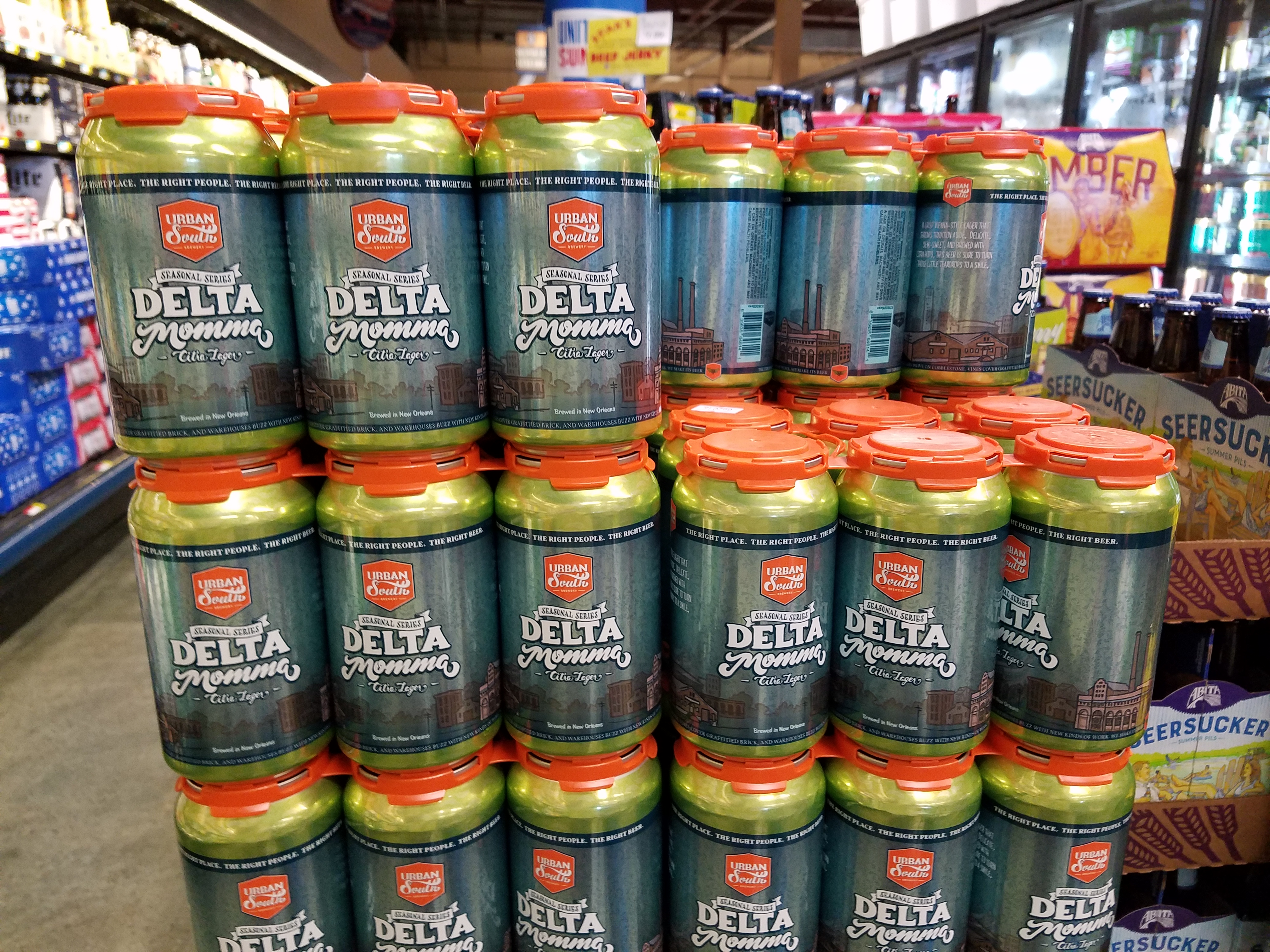 Urban South's next seasonal is also a lager. Its Oktoberfest Marzen is scheduled for release in September. When asked why Urban South has such a commitment to lagers, founder and president Jacob Landry says,

"Our philosophy is to brew beer that we love to drink that that fit our place and climate. We don't think that can be done without brewing lagers. From an economic standpoint for a startup, they don't make a lot of sense. We can turn twice as much ale in our tanks in the same time it takes to turn a batch of lager. However, what is the hot humid south without crisp lagers?

The brewery is currently working on a lager that may join its year-round lineup.

There's a Lager Tasting in Nola on August 17

For the lager curious (and the lager lovers) The Avenue Pub is hosting a "late summer lager" casual tasting event on Wednesday, August 17 starting at 5pm, that will showcase a variety of lager styles from a variety of breweries. In addition to the beers mentioned above, there will be two traditional Czech lagers available, as well as lagers from Brooklyn Brewery and Bell's, an apricot version of Gnarly Barley's Catahoula Common, and Bayou Teche Brewing's Legacy Lager.

Pub owner Polly Watts says of lagers, "The most widely drank beer style in the world has a lot more variation that most people give it credit for."

She adds, "Crisp and clean with a solid but not sweet malt backbone, we think a lager is the perfect end of summer beer."

Other great examples of American takes on the style include Terrapin Sound Czech Pilsner, Oskar Blues Mama's Little Yella Pils, Lagunitas Pils, and Wiseacre Tiny Bomb. They're on tap (along with all the above) at bars with a decent draft selection throughout town. And, of course, Pennsylvania's famous Yuengling Lager has hit the market this month.

An Eater’s Guide to New Orleans