Inside a New Orleans dessert landmark

It's Sweets Week here on Eater, and in honor of all things dessert, Eater NOLA presents a look inside gelato and Sicilian bakery icon Angelo Brocato, shot by photographer Josh Brasted.

Beloved New Orleans gelateria and bakery Angelo Brocato (or as many call it— Brocato's) has been operating since 1905, when a young Angelo Brocato, who grew up working in ice cream parlors around Palermo, Italy, opened his first store on Ursulines Street in the Quarter. Two of the shop's bestselling desserts, the torroncino gelato— vanilla with cinnamon and ground almond— and lemon Italian ice, are still available at the shop's current day location in Mid City, where it has been since 1980s.

Now run by a third-generation of the Brocato family, the shop is widely considered an institution when it comes to Sicilian desserts— from the eye-popping assortment of cookies to cannoli, biscotti, spumoni, tiramisu, cassata cake, and even affogatos featuring gelato from the case.

The shop was under five feet of water during Katrina in 2005, the same year as its 100 year anniversary. The Brocato family reopened it in 2006 and has been going strong ever since.

Here now, a look at Angelo Brocato on a lazy Saturday afternoon. 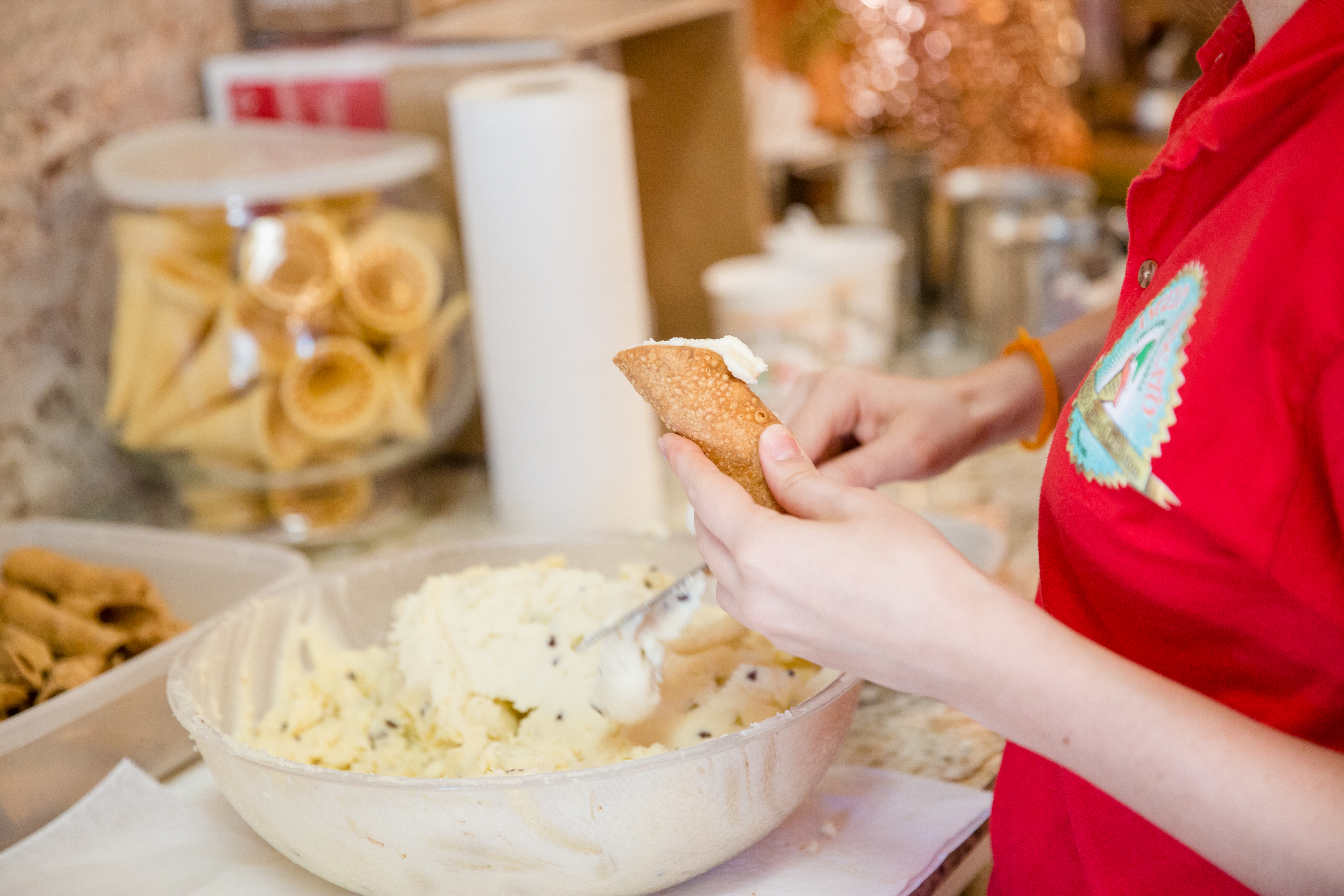 Where to Find Latkes, Sufganiyot, and More for Hanukkah in New Orleans This Year