New Orleans venerates both its musicians and chefs, so after talking to local musicians about Jazz Fest eats, we here at Eater want to give equal time to the culinary community when it comes to the important issues of the day, such as "What is your favorite Jazz Fest food?" and "What are your favorite restaurants in the city right now?"

Michael Friedman, co-owner of Pizza Delicious, reports that he went to Jazz Fest last weekend to see Phish, and returns on Saturday to see Bruce Springsteen after making Bucatini all'Amatriciana with guanciale at the Food Heritage Stage, for the fourth year. "It's a really good time and we're in the grandstand which is air conditioned. There's always a built in crowd waiting to use the bathrooms in that area," he says. "And there's free food samples at the end! The best part is that they literally call up the audience by row like you're in grade school because people in the past have gotten too feisty about getting the free food."

After he and his partner Greg Augarten finish with that, they get to wander the Fair Grounds and get some food, like the Vaucresson crawfish sausage, merguez sausage from Jamila's Café, and the Cuban sandwich from Canseco's Markets. He adds, "If I have a bit of time I'll wait for a softshell crab po-boy."

As far as local restaurants go, he namechecks Boucherie, Le Petite Grocery, Cochon, and Coquette. For new places, he says that "Peche is so incredible and they're still so new, it's scary how good it is already." 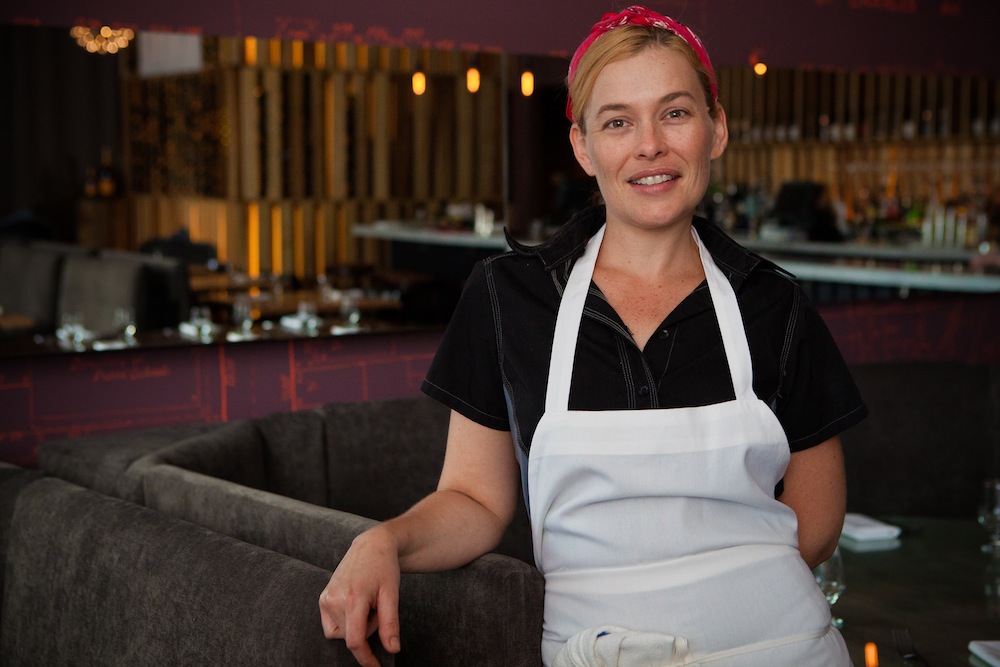 This weekend, the management and staff of Ste. Marie in the CBD are closing up and moving to North Rampart to take over Meauxbar, which should reopen at the end of the month. Chef Kristen Essig says that she is "trying desperately to get out to Jazz Fest" but it's a challenge given that Ste. Marie is closing on Sunday, May 4. If she does get there, she's heading to the cochon de lait po-boy from Love At First Bite, freshly shucked oysters on the half shell at the Grandstand by J & M Seafood, vermicelli salad from Ba Mien Vietnamese Cuisine, cracklins from Fatty's Cracklins, and boudin balls from Papa Ninety Catering. To wash it all down, she enjoys the rose mint iced tea, iced coffee, or "a cold beer!" She says that although technically not a beverage, "the mango freeze is delicious when it starts to melt."

Regarding non-Jazz Fest food, she says that "By far, my favorite restaurant in the city right now is Coquette. From beginning to end, and don't forget the great service. I just love that place." 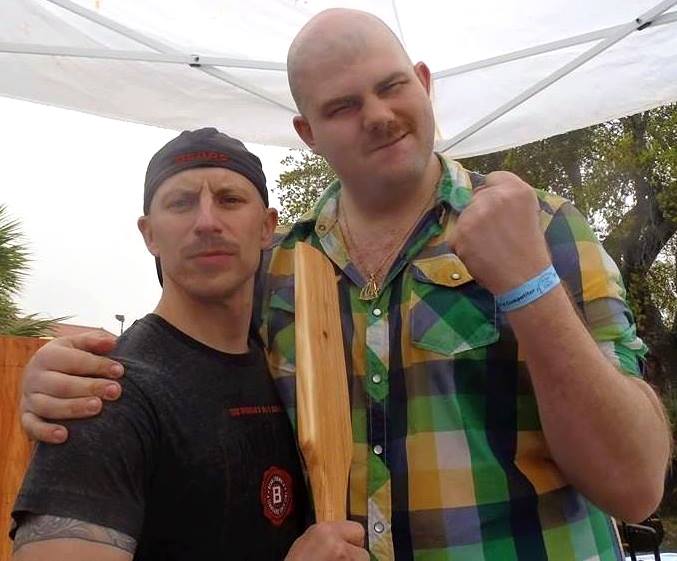 Chef Joel "Bull" White, currently at the Avenue Pub on St. Charles, will be leaving as of June 1 to start his own pop-up/catering company called Fire & Knives. Because of his gearing up for the transition, he won't be able to go to Jazz Fest this year. He says he'll miss "The Boss," The Alabama Shakes, and Crawfish Monica the most. "It's literally the only time all year I will eat that particular dish, but it's rich and flavorful and has more to do with Jazz Fest than just about anything else."

As far as local restaurants, he calls out Mariza and Milkfish ("I have nothing but love for [Chef Cristina Quackenbush] at Milkfish. Really happy she got her own spot, her food is legit') before settling on Herbsaint as his current favorite. "I know Donald is getting all kinds of love for Peche right now and Cochon is amazing but I always enjoy the food immensely at Herbsaint. I had a hogshead cheese special there a couple weeks ago that changed the way I feel about it entirely, and I love any restaurant that can serve donuts as a dessert. I also think they have a talented staff and a very inviting atmosphere. I never feel bad about spending my money there."

Hope this helps with your dining decisions, both inside the Fair Grounds and out.