This week Eater is asking some of Jazz Fest's best local acts to share their favorite festival foods and New Orleans restaurants. First up, New Orleans brass band The Soul Rebels., They've just returned from a tour in Europe and Australia and are hungry for some home cooking. Fortunately for them, their appearance at Jazz Fest's Congo Square on Thursday afternoon will expose them to enough food to satiate all their comfort food cravings.

Sax player Erion Williams says that he loves the crawfish bread, the Crawfish Monica, the Cuban sandwich, and the strawberry lemonade (Cafe Reconcile's version is in the Congo Square food area, so you can grab one during The Soul Rebels' set.) "After my set, I'll go wander around to get my food and try new and different things," Williams says. Outside the fairgrounds, he loves Mexican food from Felipe's and the Rum House as well as seafood from Deanie's and Drago's. I asked him what his first meal back from the road was, and he said he was eating crawfish, corn, and turkey necks first thing the morning after flying home. 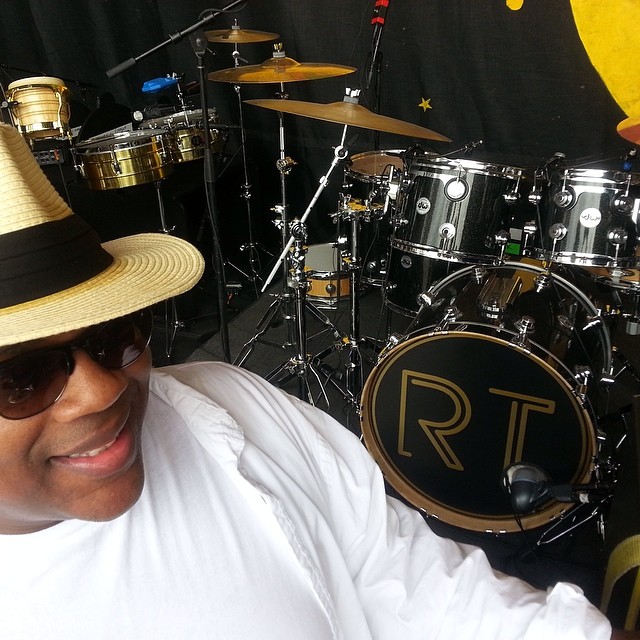 Lumar LeBlanc, snare drummer, loves red beans and rice from Burks & Douglas in Food Area I, and also chicken, like the fried chicken from Catering Unlimited or BBQ chicken from Lil's BBQ, both also in Food Area I. When asked what his first food back home was, he answered immediately. "red beans, rice, and chicken." After a pause, he added, "that's just my comfort food whenever I come home." Not surprisingly, Two Sisters Restaurant on N. Derbigny Street in the Tulane-Gravier neighborhood is LeBlanc's favorite for the down home soul food he craves.

Soul Rebels trumpeter Julian Gosin also loves the famous crawfish bread from Panorama Foods in Food Area I. Other favorites include the soft shell crab poboy from Galley Seafood Restaurant in Food Area II and refreshing fruit/herbal iced teas made by Sunshine Concessions, thankfully found all over the Fairgrounds. As far as New Orleans food goes, he says that he likes to go to American Sector for their happy hour and loves Verti Mart for sandwiches.