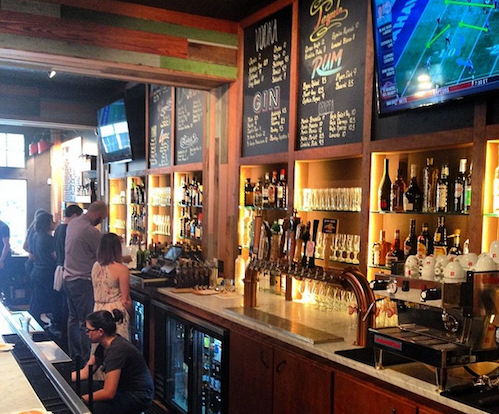 Pizza and beer... it's a classic for a reason. Several pizza places in New Orleans have great beer lists - Ancora, Pizza Delicious, Crescent Pie and Sausage - and now Alon Shaya's new Uptown pizza-focused spinoff of his wildly popular downtown Domenica has taken that tried and true pairing to the next level.

Officially open as of Thursday, April 24, most of the local writeups mention the state of the art glycol-chilled draft system that the restaurant has installed. Intrigued by this kind of investment in a craft beer setup, I spoke to Stephen Jeffcoat, formerly Beverage Manager at the original Domenica and currently the General Manager at Pizza Domenica.

The draft system, which holds twelve taps and is designed to match the reclaimed and rustic wood decor with matted copper, was designed and installed by Probeverage in Mississippi. The beers include regional favorites such as Abita Andygator, Parish Brewing's Envie, and 40 Arpent's brand new Milk Stout, as well as American craft classics like Anchor Porter. "New Orleans has come leaps and bounds with regards to craft beer and we wanted to showcase that," Jeffcoats says.

What sets this list apart from most other restaurant taps in the city is the attention paid to the growing Italian craft beer scene, like Caterpillar Rye Pale Ale from Brewfist in Codogno, and Super Baladin, a Belgian Abbey-inspired beer from Birrificio Le Baladin in Piozzo. There will always be a Brewfist on tap, according to Jeffcoat. He cites his love for their milk stout, while other staff say their favorite is the Spaceman IPA, both of which are available in the bottle.

Jeffcoat says of his and Chef Alon Shaya's vision, "we didn't want to play it safe and cater to what we thought the market demanded. We thought, let's open strong right out of the gate, serving beers that we love." 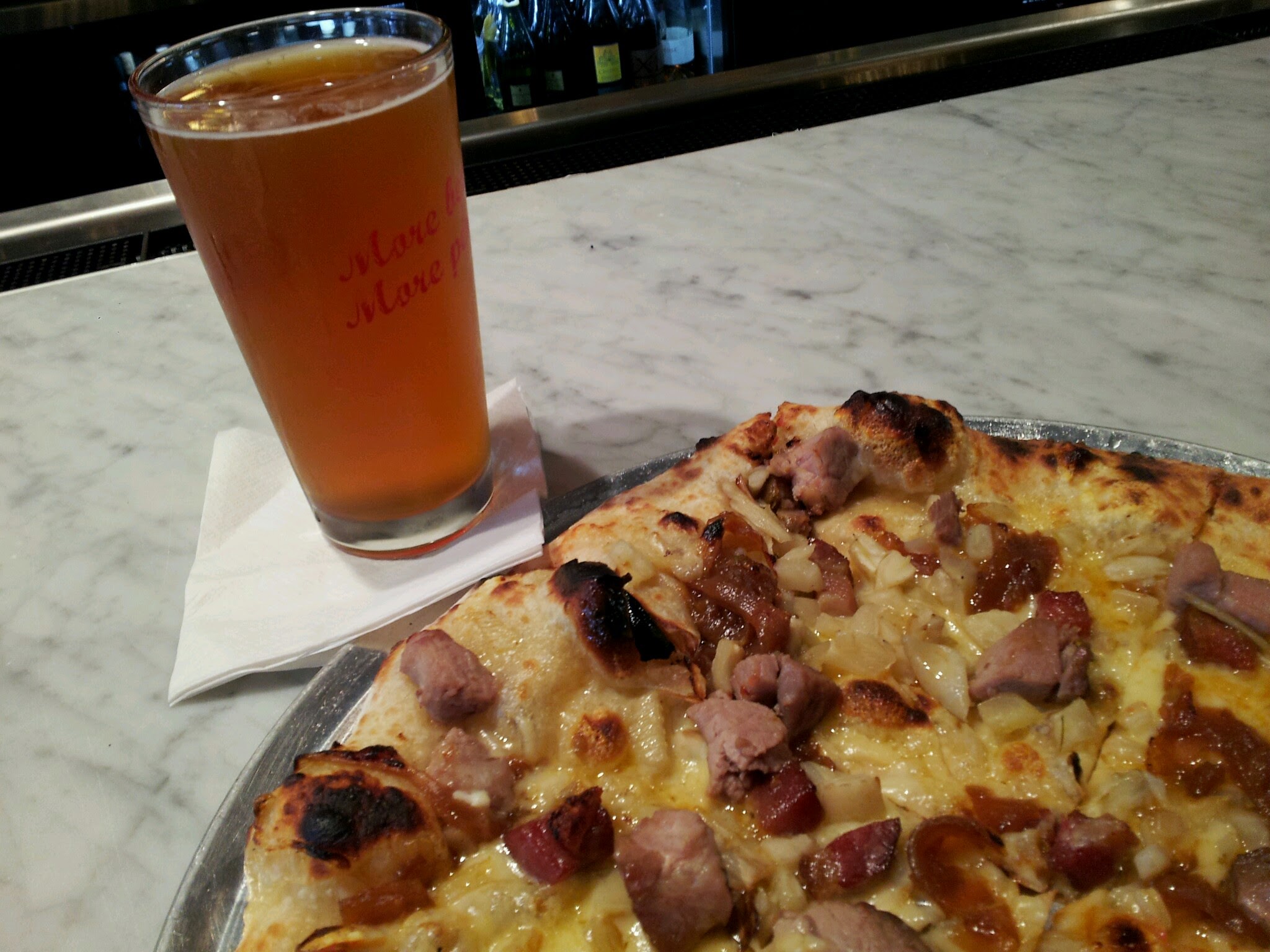 Some of Jeffcoat's pizza and beer pairing suggestions include drinking the Southern Prohibition IPA with the Prosciutto pizza - "the hop bitterness reflects the bitter herbaciousness of the arugula," he says, and the fresh mozzerella soothes the palate after those layers of pleasant bitter flavor. For one of his favorite pizzas, the Clams, he recommends something on the creamier, blonds ale side like NOLA Blonde or Saint Arnold Fancy Lawnmower to complement the light brine of the clams and counteract the bright spice of the chilies.

Speaking of the pies, there are three exclusive to the Pizza Domenica menu that aren't on the flagship Domenica's menu: Carciofi with artichokes, fava beans, marscapone, and spring onion; Basil Pesto, with red onion, tomato, and burrata; and the Napoletana, which comes topped with tomato sauce, olives, anchovies, and capers.

Shaya and Jeffcoat hope that the the beer selection, the wine list, and the craft cocktails create a fun bar scene at Pizza Domenica. It's open until 11pm every night, seven days a week, Shaya reminds us. Oh, and what's his favorite beer that they have on draft? Right now, it's the Southern Prohibition IPA.