1.) Lakeview: Cava
Where: 789 Harrison Ave.
What: A new two-story restaurant in the former Pre-Katrina Landry's space. Owner and Brennan's alum Danny Millan has described Cava as a "neighborhood bistro serving a wide-ranging cuisine." The menu pretty much backs that claim with seafood, salads, pastas, a rabbit appetizer and both a veal osso bucco and a buffalo entree.
Potential Opening: The Soft Opening is tonight, according to Facebook; hours and phone number unknown. 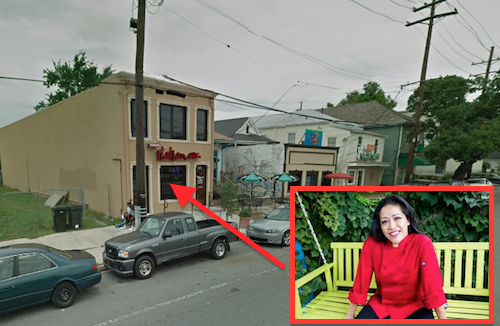 2.) Mid City: Milkfish
Where: 125 N. Carrollton
What: Certain to be one of New Orleans and, well, America's hottest openings of the year, chef Cristina Quackenbush officially opens her highly anticipated Filipino brick-and-mortar next week. The restaurant will be BYOB until they get their booze permits.
Potential Opening: Soft opening is rumored to be April 17, with regular hours soon to follow.

3.) Bywater: Junction
Where: 3021 St. Claude Ave
What: The owners of Molly's at the Market and 13, Jim and Alana Monaghan and business partner Lloyd Miller, will bring this highly anticipated art deco train-themed tavern/grill to the former A&N Grocery on St, with 30+ draft beers, cocktails and gourmet burgers.The team just received a conditional use permit from City Hall, so all things are a go.
Potential Opening: Jazz Fest at earliest.
[Photo:Facebook]