Welcome back to Curbed Cuts where Curbed NOLA editor Sarah Chase shares the best real estate and neighborhood news of the week. 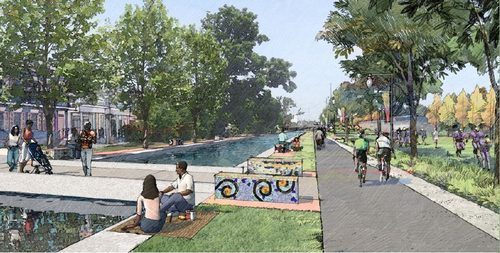 TREME & MID-CITY— The long-awaited Lafitte Greenway, a 2.6-mile bike and walking path that will run along old canals and railways, creating some greenspace from the edge of the French Quarter into Mid-City is so, so close to breaking ground.

LOWER GARDEN DISTRICT— The Magnolia Mansion bed-and-breakfast/event venue is on the market (again) and this time the historic 9,000-square-foot spread is shooting for $4.5-million. Poor interior design choices aside, the place is packed with fun facts.

THE EAST— Could Jazzland return? This group wants to turn the old Six Flags spot into a Jazzland theme park with a waterpark, film backlot, and some pretty ambitious future plans, too. Read all about it.

TREME— The Carver Theater is just about to join the New Orleans theater renaissance party after its $8-million makeover. After several opening delays, the owner understandably doesn't want to name an official date but it could be in late April.