Share All sharing options for: New Orleans' Most Anticipated Openings For Early 2014

Fall and winter in New Orleans have been sprinkled with huge restaurant openings most recently Mopho and Treo and many surprises too...gems like Namese and District. From a plethora of breakfast joints to the pho invasion, with lots of steak, small plates, and cocktails in between, the industry is bustling. While Mardi Gras season is here, and Jazz Fest looms on the horizon, here are the restaurants that are hurrying to open in the next coming months before summer approaches, and even more openings that are still on the radar.

From the looks of it, Spring 2014 promises to be just as exciting as last year with Square Root, Milkfish (warning: location spoiler!), Del Fuego Taqueria and more hot new restaurants on tap. Here now, is Eater's guide to New Orleans' most anticipated openings for early 2014.

Don't see a potentially hot upcoming restaurant on the list? Leave a comment or send Eater a tip. 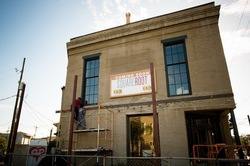 LGD: Square Root
Where: 1800 Magazine
The Sitch: Root chef Phillip Lopez' highly-anticipated, potentially revolutionary new tasting-menu restaurant in the Lower Garden District is set to open very soon, says an inside source. Lopez has described the the look as "chic and industrial," and there will be two-seatings a night at the 16 seats downstairs which will feature 15-18 courses for $150/person (not including drinks). Reservations will be done online (not available as of yet). Upstairs, another kitchen will turn out house made charcuterie and other specialty small plates to, again, limited seating, and will feature outdoor space and a 3,000 bottle wine cellar.
Projected Opening: Feb/March 2014
[Photo: Brasted] 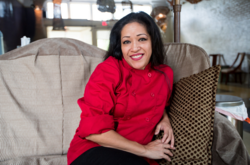 Mid City: Milkfish
Where: potentially Mid City, but location unknown
The Sitch: Chef Cristina Quackenbush has spent the past couple years making a name for herself and earning high praise for her Filipino pop up, Milkfish. She's planning to go brick and mortar this Spring, and while there was talk of a potential Warehouse District location, that apparently is no longer the plan. Mid City may be getting a lot hotter, y'all, because Quackenbush tells Eater she is currently seeking a potential opening there.
Projected Opening: Feb/March 2014
[Photo: Brasted] 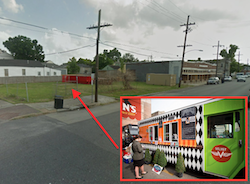 Central City: Food Truck Lot
Where: 2000 O.C. Haley Blvd.
The Sitch: A permanent food truck lot is planned for 2000 Oretha Castle Haley Boulevard, and it couldn't be better timing for this neighborhood. With SoFab planned to open this year (along with restaurant Purloo, below) and also amid a steady growth of businesses and restaurants on OCH, the food truck lot being overseen by the Good Work Networksolidifies the revitalization of this Central City thoroughfare, and the future of New Orleans' diverse dining scene. There will be parking spaces for six trucks, booths made from recycled shipping containers, and a potential for 20 upcoming jobs. Expect hours from Tuesday-Saturday, mid day to evening.
Projected Opening: Summer 2014
[Photo: GoogleMaps] 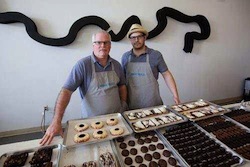 Uptown: Altamura
Where: Magazine Street
The Sitch: ManhattanJack's Jack Petronella will bring authentic Southern Italian fine dining to Uptown with Altamura, named for the town his family's is originally from in the Bari region. The menu will feature lots of family recipes, and Altamura is famous for its bread (just as ManhattanJack is known for their awesome baked goods), so expect some legit carbo-loading. Plans for a swanky renovation of a Magazine space somewhere in the vicinity of Ivy and the planned Pizza Domenica, will include a streamlined kitchen with pendant lighting and potentially a chefs table.
Projected Opening: April/May 2014
[Photo: Brasted] 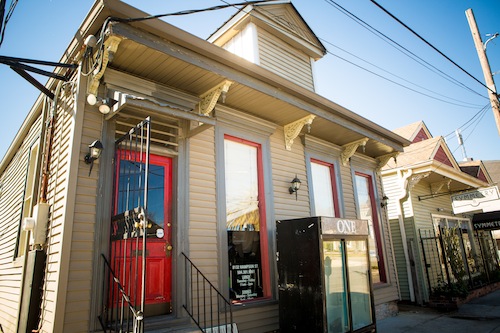 Riverbend: Carrollton Market
Where: inside former One space
The Sitch: Chef Jason Goodenough is a Philly transplant/CIA grad with heavy credentials including stints at Emeril's. He'll bring elegant New Orleans/Southern cuisine to the Riverbend. Expect an intimate revamp of the former One space. Goodenough's GM will be Stephen Deisinger, who will make a switcheroo from Happy Rooster in Philadelphia. Look for this to be a big addition to the fine dining scene.
Projected Opening: March 2014
[Photo: Brasted] 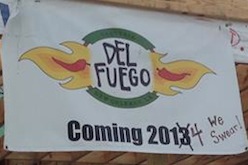 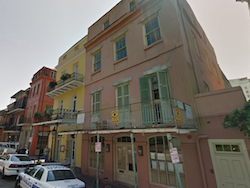 Quarter: Sucre's Salon
Where: 622 Conti
The Sitch: Tariq Hannah and Joel Dondis expand to the Quarter this Spring with a new concept, the Sucre Salon. What to expect: a bottom-floor shop to have a coffee program of pour overs/espresso only. The upstairs salon will serve savory and sweet dishes, from foie gras to cheese cart, with an emphasis on tableside preparations, in a lounge-worthy "living room and dining room setting," but likely much swankier.
Projected Opening: March 2014
[Photo: GoogleMaps] 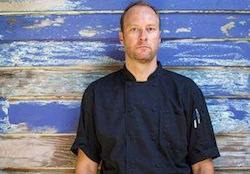 Central City: Purloo
Where: 1504 OCH
The Sitch: Chef Ryan Hughes continues to hold down a huge following with his pop-up Purloo, which reckons with the regional Southern culinary paradigm and beyond. While no word on when to expect the SoFab digs to be ready, Hughes continues to do his pop up at the New Orleans Culinary Experience on Carondelet (also in Central City) until the big move.
Projected Opening: Summer 2014
[Photo: Purloo/Facebook] 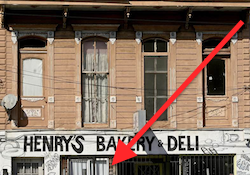 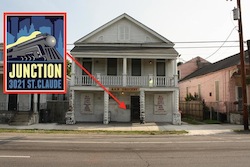 Still on the Radar: New vegan/vegetarian/carnivore restaurant Sneaky Pickle opens this week on St. Claude. The Sammich should be opening on Maple Street around February 15, according to owner Mike Brewer. Tartine's breakfast spot Toast (in former Laurel STreet Bakery) will open Uptown mid-February. Dat Dog on Frenchmen is likely opening this month too. The Irish House is expanding into healthy takeout Uptown, with Fare set to open this month on Magazine. NOLA Smokehouse will go brick and mortar on Jackson Avenue in the coming weeks. Pho Cam Ly will soon be joining the pho invasion on Magazine, opening date unknown. Vegan restaurant Seed will take over the former Blue Plate Cafe in March. John Besh/Alon Shaya's Domenica expansion Pizza Domenica is still on tap for Uptown 2014 but a source says no set dates are known. Ralph Brennan is currently spending millions on a revamp at the big pink formerly known as Brennan's. Jeff Berry has mentioned he plans to open a tiki bar in Spring 2014. After some setbacks, Courtyard Brewery now plans for a summer 2014 opening. Manor on Magazine from the Sylvain/Ste. Marie team will likely be coming in 2015.