As Boudin, Bourbon & Beer preview week wraps up, check out what these three chefs from Santa Rosa Beach, Florida, Chapel Hill, North Carolina, and Bourbon Street in New Orleans have to say about boudin and beer.

Tonight's the night - Boudin, Bourbon & Beer is setting up as we speak at Champion Square. Boudin is being prepped, the bars are getting stocked, the chefs are drinking bourbon. To celebrate, enjoy a spotlight on three different chefs who hope to wow the crowd with their creations: Jim Richard of Stinky's Fish Camp in Florida (and soon to open Trenasse in the Intercontinental Hotel in New Orleans); Andrea Reusing of Lantern in Chapel Hill, NC, and Michael Sichel from here in New Orleans at Galatoire's and Galatoire's 33. 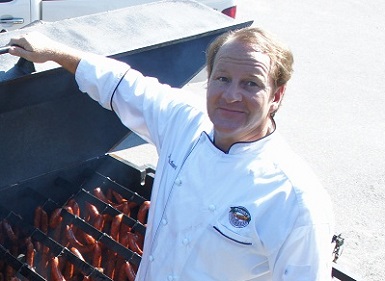 What's going on with your new New Orleans restaurant, Trenasse?

Well, I had a phenomenal opportunity to work with the Intercontinental Hotel when they were renovating. The offered me a storefront location overlooking St. Charles, with 40 seats of outdoor dining, and covered valet parking. The space is still under construction, but we're hoping to be open at the end of November. The concept is Gulf Coast fresh fish cooked with a strong South Louisiana flair. We'll be offering a wide variety of Gulf fish that you don't often see, like trigger and golden tile, as well as duck, rabbit, lamb, and frog. It'll be upscale but relaxed - no white tablecloths. We want to appeal to local and regional diners as well as tourists.

How did you get involved with Boudin, Bourbon & Beer?

My path crossed with Emeril when he was filming his new TV show, Emeril's Florida, and he ended up filming the season's trailers in my restaurant's kitchen. This will be my first year attending Boudin, Bourbon & Beer

It's going to be like a Sunday dinner in a casing - a lamb and white bean sausage with mustard pickle, mirliton, and a crispy pork belly garnish

There's a local brewery here in Santa Rosa Beach called Grayton Beer Company, and I really like their 30A Beach Blonde Ale as well as their Gourdgeous Pumpkin Ale.

What are your favorite Abita beers?

Well, I used to work at Commander's Palace and we'd bust out the Andygator at parties, that was when you couldn't get anything else at that ABV in the state. I'm also a long time Turbodog fan. And I always drink their seasonals - their Oktoberfest is killing it right now.

It's gotta be boudin. I'm originally from Lafayette. Give me a link of boudin and a pack of saltines wrapped in paper - I never want to be without it. 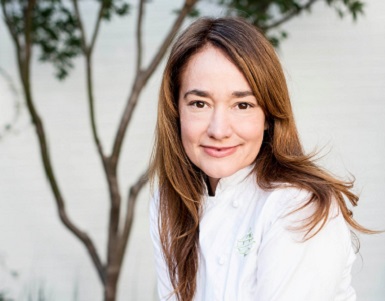 How did you get involved with Boudin, Bourbon & Beer?

I met the folks who run the Emeril Lagasse Foundation at a luncheon held by the Chef's Collaborative a couple years ago. This is my second year, I first participated in 2012.

It's going to be a shrimp boudin with pork cracklin and bahn mi sauce served with jalapeno, pickles, and cilantro. I was looking to make a light bite.

What are you looking forward to the most?

I love hanging out with my fellow chefs - a lot of them are friends I don't get to see very often. And of course, the ice luge at the after party. I brought my brother last time and he sullied the ice luge with Miller High Life, so I feel like I need to get back there to make it up to them.

Foothills Brewing, in North Carolina, does a pilsner that I really like [Torch]  and Mother Earth Brewing's [Endless River] Kolsch. My favorite place to go drink beer, though, is in Asheville, Wedge Brewing Company. They don't sell and beer outside the brewery, and it's a fantastic location for day drinking - really delicious, very much a plough-to-pint type of place.

How can I not say beer? 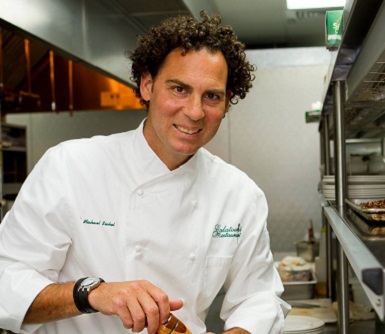 What are you looking forward to the most this year at Boudin, Bourbon & Beer?

This is one of my favorite events of the year. I love it, and I go all out.

It's a boudin hash with braised greens and quail with a cold smoked egg hollendaise. I really put everything I had into this - it's got sweetbreads poached in beer, bacon fatback, pork shoulder, Jazzmen rice.

I like a little bit of everything, I love Fat Tire [by New Belgium], I love that kind of beer. I try to drink Louisiana products, like Abita. It depends on what kind of mood I'm in. I've been coming across a lot of hand crafted beer - I appreciate it as an expression of the person making it. Beer to me is also really seasonal. Right now, I'm really into German beers like  Spaten Oktoberfest and Paulaner Hefeweiszen. There's a time and place for all beer. If I'm not even hungry for food, I'll drink a stout and that'll do it for me.

What are your favorite Abita beers?

Purple Haze, if I'm out on my boat. But if I'm out to eat, maybe getting some chicken, I'll have an Amber. I'm really looking forward to trying what's on at Boudin, Bourbon & Beer. When the organizers got in touch with me to see where I wanted to be set up, all I requested was that they put me next to somewhere that's serving beer. I'm gonna be enjoying that all night.

Boudin. When I first moved to the South, boudin was the first thing I ate that I just really started craving all the time. I love eating it, and I love making it.