A drink that tastes exactly like Orange Julius. Another that combines two of Hemingway's favorite cocktails, and more make Cellardoor a must try brunch cocktail destination.

CBD gastrolounge Cellardoor has already established itself as a nightime cocktail destination, but with the recent addition of brunch, it's quickly becoming a chic Saints pre-gaming hotspot. The bar packs out with $18 bottomless mimosas, bloodys, greyhounds, screwdrivers and a crazy hybrid the "mimohound." But it's co-owner Michael Yusko's thoughtful signature drinks that are really bringing brunch to another level here.

Yusko draws on literary inspiration and known hangover cures to create a menu featuring some heavy hitters: chartreuse and port-spiked coffee based cocktails, glamorous fizzes available as shots, and a bevy of ritzy signature cocktails. From a drink that tastes exactly like an Orange Julius to a cocktail that combines two of Hemingway's favorites, here are four Cellardoor beverages you should put on your weekend radar. 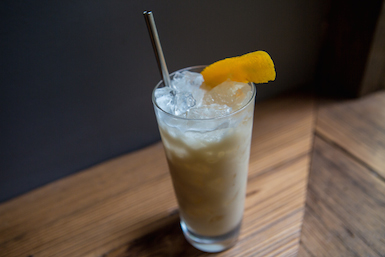 This drink tastes like the real thing. "The inspiration for the name...you don't need inspiration for an Orange Julius... but obviously it was something you got at a mall, but now there's no malls. There's just Amazon." 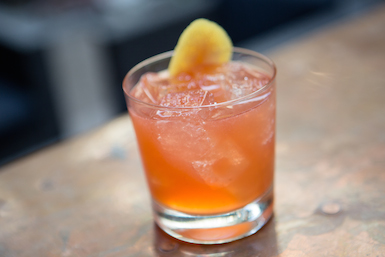 The Nervous Light of Sunday:

Yusko actually created this drink during his days behind the bar at Cure. "Based on a chapter of a novel Fan's Notes by Frederick Exley, about an obsessive New York Giants fan. Sunday morning, before the game. It's a nice brunch cocktail. Gin, luxardo, lemon, got kind of a nice grapefruit bitter feel to it." 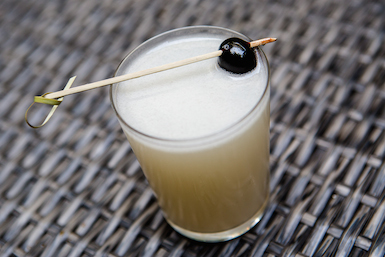 "Inspired by Ernest Hemingway's favorite cocktail Death In The Afternoon (absinthe adn champagne). This is a combo of Death In The Afternoon and the Hemingway Daiquiri. So it's two of his favorite cocktails in one. It uses Wray and Nephew which is 126 proof, which is why you can't have more than three. If you want more than three you have to read the first chapter of The Great Gatsby." He took the idea from a bar in Sarasota that serves Mai Tais so strong customers can only order two. 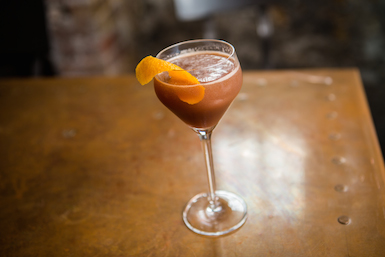 A Bulletproof coffee drink with grassfed butter,Jim Beam or rum, not suggested for an empty stomach if you add in a shot of Brain Octane Oil. "