Whiskey expert and bar manager Liam Deegan on the best whiskeys to enjoy at any price point.

Share All sharing options for: Barrel Proof's Liam Deegan On 11 Ways To Get The Best Whiskey For Your Buck

"If i'm going to spend money on something I'm usually going for scotch or Japanese whiskey," Liam Deegan, Barrel Proof's bar manager and resident whiskey expert, says. The Lower Garden District haunt from the Sylvain team is home to some 150+ whiskeys, but they don't get all snooty about it. Sure, Deegan can fill you in on the strange state of affairs happening with American whiskey or the tasting notes of expensive scotch, but he is also a fan of Mellow Corn and will gladly sell you eight Highlife ponies and a bottle of Old Grand Dad Bonded aka a Party Pack ($17) at Barrel Proof.

When it comes to spending money on whiskey, Deegan compares it to ordering wine: if you're getting a wine by the glass, you may be more likely to choose American, but splurging might land you a nice Italian red or a Burgundy. But there's more to it than just that. Here now, Deegan explains the best way to get a bang for your buck when ordering whiskey.

If You're Pretty Broke

Deegan notes that there's a better value in American Whiskey. It's more bang for your buck, and some of these are actually really cheap.

Mellow Corn: "It's one of my favorite cheap shots. This is three bucks for a two ounce poor. It's a bonded corn whiskey. It's technically not a bourbon. This is what i drink if i'm hungover. This and soda water, you get the hydration from the water, but that little kick too."  Served with a Highlife pony for $3.

Ancient Age: "You're basically getting the same juice" as Blanton's or a nicer bourbon, "It's still good whiskey for the price. It's only four bucks." $4/shot.

Old Granddad 114 Proof: "One of the house favorites. The single best value in bourbon. If you want to drink whiskey on the rocks, and stay cheap this is the way to go." $7/shot.

If You Just Got Paid

Henry McKenna 10 Year: "We sell a lot of this because bartenders love it. It's something that's really good and won't kill the wallet, a really good price for a ten year bonded high rye whiskey. It's sweet as an Elijah Craig, but it's got a little bit of that spice that people who enjoy rye and bourbon enjoy." $9/shot, or with a Southern Prohibition Devil's Harvest for $7.50.

High West Double Rye: "These guys I love a lot. You're getting a spicy rye with a more mellow, older sweeter rye coming together." $10/shot. 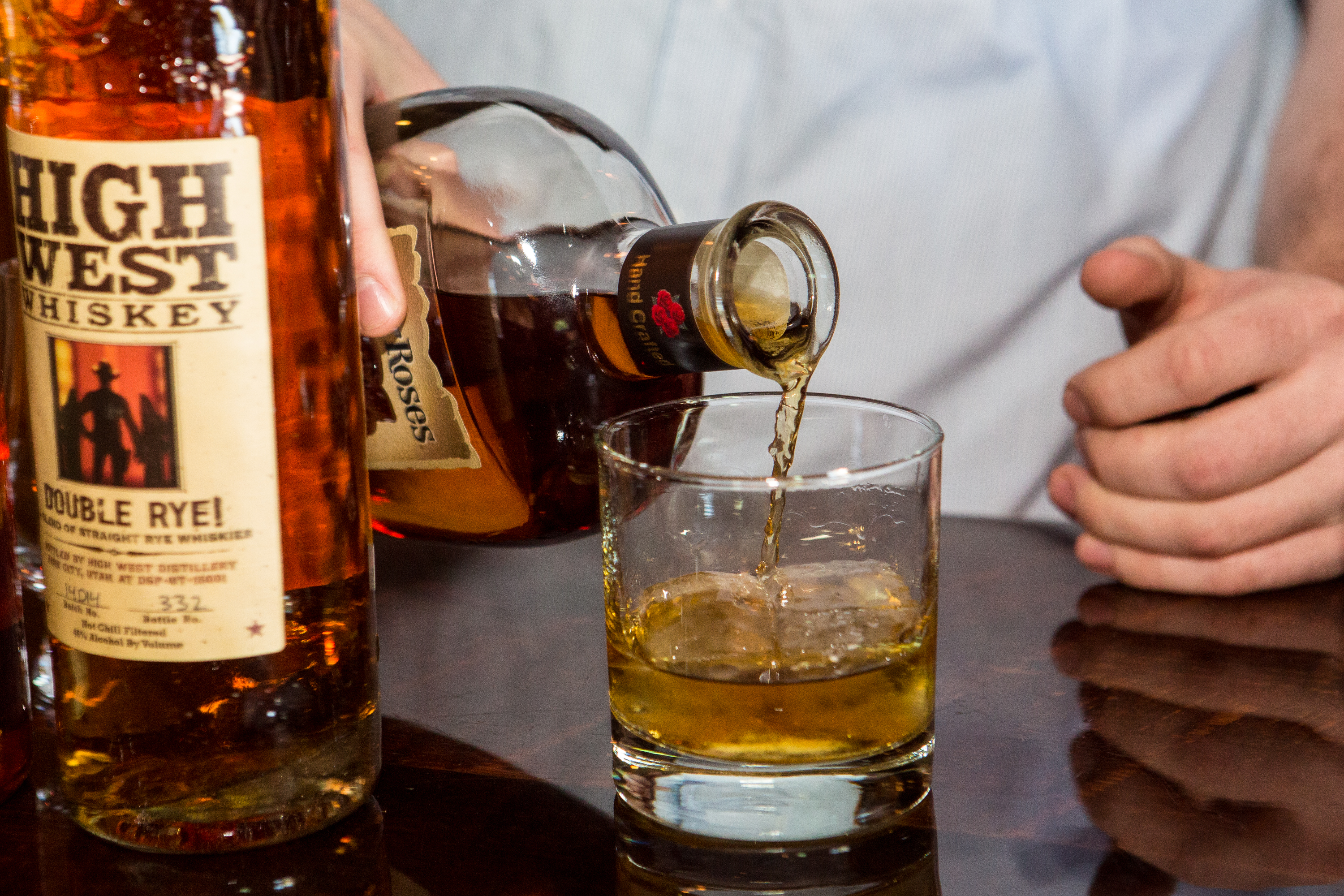 If You Want To Splurge

Four Roses Small Batch: "This is one of my all time favorites. If I'm going to drink whiskey on the rocks, this is what I always order. You're not spending too much money, but at the same time you're spending enough to get something really good." $12/shot.

Balcones Single Malt: "There's four or five single malts coming out of America right now, and they're unique because they're an actual part of that craft whiskey movement." $13/shot.

Willett 6 Year Rye: "This is getting toward more high end. This is kind of a more geeky whiskey out there that you can't find at a lot of places. It's hard to come by, especially in Louisiana." $14/shot.

If You're Straight Up Ballin'

Arrone Amarone Cask: "Now we're onto Scotch.  This has an Amarone, Italian wine, finish. Red wine isn't used that often to finish out barrels, usually it's sherry or a Sauterne. You really pick up the Amarone. It's really smooth. It's a good sipper when you want to start spending money." $18/shot.

Yamazaki 18 Year: "Another one of my favorite whiskeys. They use bourbon barrels the same as a scotch whiskey but they also use Oloroso Sherry barrels. There's more of a sherry influence on these whiskeys, so it's really fruity and nutty.  It's different than American whiskey which is a bit more harsh. This stuff has a nice finish to it." $37/shot (one ounce also available).

Laphroaig 25: "A lot of people know it as this super peaty, smokey whiskey, but this is much more subdued, because it has much more time in the barrel. It's subtle. For people who really love Laphroaig 10, which is their main offering, this still has those big flavors--the iodine, the smoke, the band-aid (it's a really common flavor in scotch whiskey). But it's much more refined, and has more finesse." $80/shot.