Restaurateur William Wright wants to build a family-friendly seafood restaurant/oyster bar on a rather small lot at 501 S. Bernadotte in Mid City, and is meeting a good deal of neighborhood opposition, according to the MidCity Messenger. One reason has to do with the fact that the plans for the 40-50 seat restaurant include rooftop seating on a porch inspired by Chicago's Wrigley Field, which will overlook nearby baseball games at St. Patrick's Park. Neighbors obviously fear the residual swing batta-batta chants raining down on them at all hours of the day, as well as parking issues, and the fact that the building plans look a lot bigger than the actual space may allow.

The Mid City Neighborhood Association hasn't taken a position on the matter yet. "But we will," says VP Bonnie Garrigan, probably after they're done choosing sides in the great Winn-Dixie/Rouse's War of 2013, first casualty: Home Depot. 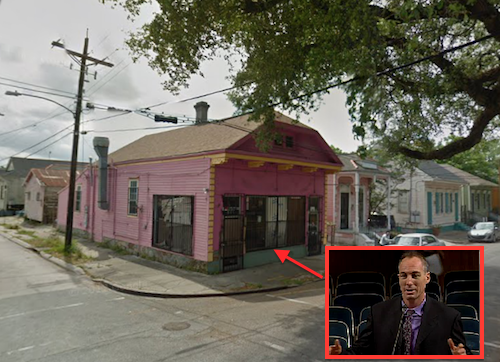 City Council has approved Jon Bernstein's application for a zoning-change/conditional use permit for his planned Café Beau in the Bywater. Kind of. The Bywater Neighborhood Association's John Guarnieri tells Eater that:

At the City Council meeting on Thursday, Augut 8, Councilmember Gisleson Palmer introduced a motion to approve the zoning change and conditional use as recommended by the City Planning Commission to get the matter off deadline. She stated that "more work on the provisos will still be needed. The ordinance will reflect the necessary provisos." Until she introduces an ordinance, the matter is not final.


The BNA has supported this upcoming 'upscale coffee shop' (as Bernstein describes it) at 939 Poland Avenue, despite some neighbors' concern, including late hours and the potential for it to 'morph into a bar.'
Though really it sounds more like an, erm, 'upscale coffee shop' with Bernstein's proposed 'light fare and desserts, as well as coffee, coffee drinks, liqueurs and spirits.'