Saints and Sinners is Bringing On the Male Strippers

Share All sharing options for: Saints and Sinners is Bringing On the Male Strippers

The Advocate has decided to channing all over New Orleans' tatum this week, with a sexy, sumptuous review of C-Tates' Saints and Sinners and a big, huge greased-up suspenders-clad reveal... The Crunklesnakeskinz of Bourbon Street is now pimping an ALL MALE REVUE. Well, that didn't take long.

While C-Tates and business partner Keith Kurz have been pushing their no male stripper policy since opening in November 2012, it looks like they're finally embracing the mostly female clientele, and want to make it clear that they've created "a safe haven" that "caters" to women. Yes, their "environment for women" is totally "alluring but also relaxing" even though the club has a stripper pole and is located on the fecundated frat warpath of Bourbon Street, and they serve cocktail/food abominations such as Silk Panties and Dix Stix. Not to mention that the place is modeled after a Storyville brothel, because what woman wouldn't want to hangout in a joint that "harkens back to the days when bordellos were where you went for heavenly company and a sinfully good time?" Unless of course you were a female, in which case you were probably stuck there by circumstances deeming you a lowly, diseased prostitute, but whatevs. History is, like, soooo boring and there's going to be MALE STRIPPERS.

The club will unleash their Saints and Sinners Eye Candy Boys this Friday and Saturday , June 21 and 22, wherein "ladies can dance and party... and enjoy vintage cocktails served up by the shot boys" (FYI: Cosmos entered the "vintage" category when Girls made Sex and The City look like a memaw yawn fest). In keeping with the totes 'historic and sexy' Storyville theme, the S&S crew is referring to their upcoming gaggle of male strippers as 'male burlesque dancers', but every don't-stop-gitty-gitty girl in a 2,000 mile radius knows that's just hater-code for wicked hot dudes with bad tattoos are about to take their clothes off, girrrrl. The woman's face below says it all. 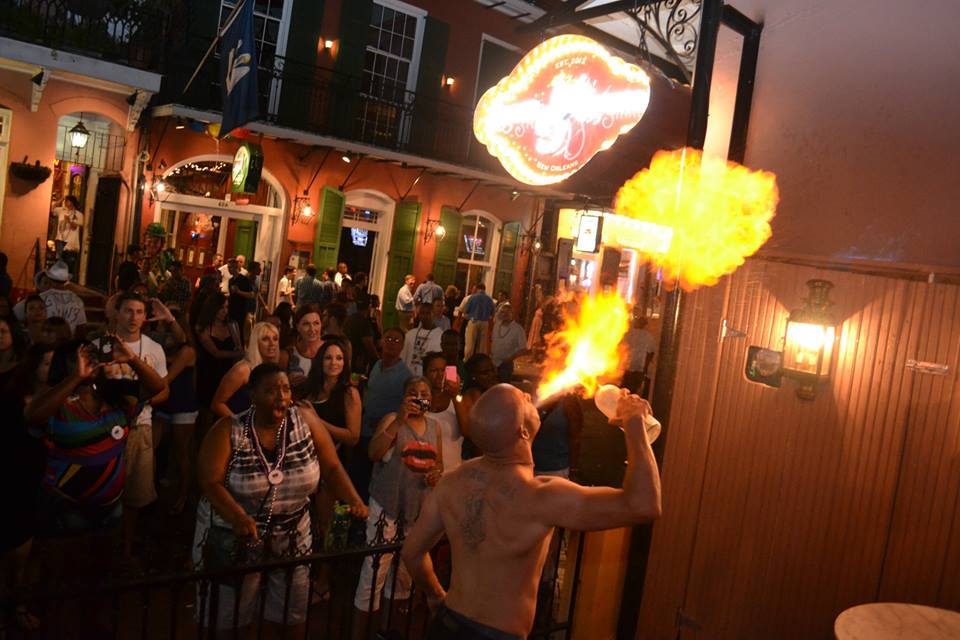 Cheese Kurz tells The Advocate, "the fun really hasn't started yet, and I imagine we will need a bigger place in another year." And while C-Tates may need to loosen a notch on his old Tango Belt to house his growing male-stripper-factory, the rather shilly-nilly reporter Keisha Williams lists a few reasons to visit the club now: "There is nowhere else in the city to grab a drink and get a Madam-named treat or eat boiled crawfish until the pots are empty," Williams writes. One of those statements may be kind of true.