The now updated crowd-sourcing article on NOLA.com has a new title, and the editors have also changed every single photo in the updated article, which were previously all tagged and wrangled from #nolaeats. An editor's note also reads, "Our goal is to have a lively conversation about dining in South Louisiana. To avoid confusion, we are now tweeting from @NOLADining." To avoid confusion? Erm, their twitter account is now twitter.com/NOLAeats and called NOLADining but also still shows up as @NOLAEats... while another page has also been created by the Times-Pic at twitter.com/noladining called NOLADining. 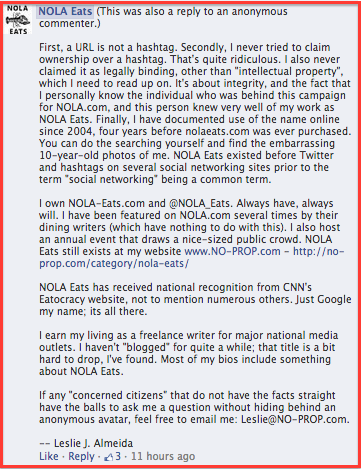