Share All sharing options for: How Neal Bodenheimer and Cure Blazed a Craft Cocktail Trail Through Freret

Welcome to Trailblazers, where Eater interviews the folks who have blazed trails on the path to culinary greatness, while helping shape their upcoming neighborhoods into dining meccas. In our inaugural Trailblazers, Doug Barry talks to Cure's Neal Bodenheimer, who helped spark both the craft cocktail and Freret Street renaissance in New Orleans. 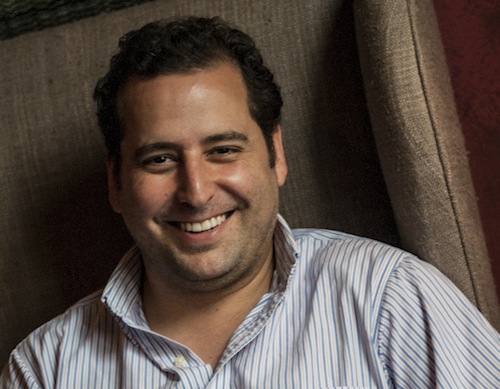 Ever since the first patron strolled into Cure, asked for a Bud Light, and received no such thing, Freret Street has been one of the most exciting spots in the city. Between 2009 and 2011, it seemed like a new place was opening along Freret every minute, but Neal Bodenheimer, crafter of creative cocktails and itinerant son of New Orleans, remembers when all there was to do on Freret was kick pebbles and wonder if anyone would ever open a Chicago-style pizza place across the street from a high-end cocktail bar. He also remembers when New Orleans was lagging behind the rest of the country in the current craft cocktail renaissance, but times, as they're liable to do, have changed.

Freret is so dramatically different since Cure opened in 2009.

Freret has come a long way. It's kind of surreal to walk down it right now because, first of all, there was really no place to walk to before. I would take a walk by myself and think, "Wow, this place has great potential," and to see people walking the street, to see that there are parents pushing young babies in strollers, is just something beyond comprehension if you knew where the street was only just a few years ago.

Do you get the sense that Freret has turned into its own friendly little neighborhood? Has the surrounding Uptown community really embraced all the new businesses?

Yeah, it's funny because at first, I had basically every one of my friends tell me that I was insane when we started building Cure. Luckily, one of my very best friends, Matthew Kohnke (who is also my business partner) convinced me, because at first, I didn't see it. He said the property stock was great. He really loves the building we're in now. He saw it for what it could be, not for what it was. It really takes someone with vision like that to make something like Cure happen.

Did you ever worry that people wouldn't exactly be flocking to have high-end cocktails on Freret?

Everyday. I worried about it constantly. In the end, I mean, we were two young guys with limited funds and big ideas. We looked around and said, "Okay, we can either find a great location and have no money to spend on making this the bar what we want it to be, or we can take a chance on a location and be able to spend our funds the way that we think we should be able to spend them." One of the main reasons (beyond being a native New Orleanian) I left New York was so that I'd be able to own a piece of whatever I was doing. In New York, I would have always been a leassee, but here, I'd be able to own a piece of New Orleans and be able to make sure that I'd control my own destiny.

You've travelled extensively. Which of the places you've visited has made the greatest impression?

It's tough to stay. I feel like I've done a thousand interviews since we've opened and no one's ever asked me that. I think there's so many things. I think people are a sum of their experiences. I was lucky enough to be able to go and experience a lot of things at a younger age. It was one of the things that made Cure blossom, too, because I was able to see so much when I travelled that really inspired me.

New York inspired me a lot. New York and New Orleans have a lot in common in very strange ways. The spirit is very similar, and so are the people. When I was up in New York, people always thought I was a local. People from New Orleans who meet me sometimes think I'm from New York. I think that's because the two cities are, as old port towns generally are, really connected. There's a great mix of culture. New York and New Orleans both have this quality of being like a bad significant other in that they are always intriguing to you, but they don't always treat you right.

Cocktails have always been pretty popular here, but do you think that Cure, along with some of the other newer craft cocktail spots, are reinvigorating the cocktail scene in New Orleans?

Yeah. When we opened Cure, I think there were a lot of good people who were interested in doing cocktails, and there were a lot of people who'd been doing things traditionally for a long time. Some of the old guard deserves a lot of credit for giving us the base to reinvigorate the cocktail scene. We weren't starting at zero.

I think New Orleans in some ways had the perfect environment for the craft cocktail scene to blow up. You had a preservationist culture. A lot of people were preserving old drinks, people like Chris McMillan and Paul Gustins who were really keeping it alive. Then you had a younger group of people who were discovering old techniques and creating new techniques, and it was just kind of the right place at the right time.

I really feel that, as behind as New Orleans with modern craft cocktails was when I first moved back here, it really has caught up. It's one of the great cocktail cities in the country. You wouldn't have caught me saying that at all a few years back.

Did you sense a lot of skepticism when you were first starting out?

Absolutely. The first year of Cure being open was people calling us pretentious or asking us things like, "What do you mean, you don't carry Grey Goose? Where's your Bud Light?" That was fine, but it was difficult. We put in a dress code on the weekends, and that proved to be a hard sell initially. It was basically to keep the crowd thin because we didn't want to do a reservation-only cocktail bar. That wouldn't work down here. We never wanted to make people feel left out.

Is there a strong sense of community among the businesses on Freret?

I think it's gotten to the point now where there are enough businesses...I mean, naturally the neighborhood, we're always initially skeptical of people who want to open
bars and restaurants. Once they're in, though, we're as supportive as you can be. I think that's natural with any neighborhood. We want to make sure that people are doing things the right way, and that they're making quality products. You can only control that so much, but, as a neighborhood, we really want to see quality establishments on the street.

We all know that we have a stake in the neighborhood and in the trajectory that it's taking. We take pride in that. If Ben [Sherman] and Steve [Watson] come across the street from Midway needing anything, it's done. With Chip [Apperson] at High Hat or Jeff [Talbot] at Ancora?with anyone here. Adam [Biederman] at Company Burger is a very good friend of mine. He actually worked the door at Cure when he'd stopped working at Herbsaint and needed a little extra money until he opened up.

The change is surreal. It happens to me so often, where I'm walking down the street and I say, "God, how did this happen so fast?" Things don't move this fast in New Orleans. They just don't. I grew up here, I've lived the majority of my life here, and I'm just flabbergasted by it. I think it's really indicative of the can-do spirit in New Orleans right now.

Do you think that New Orleans is going through a creative growth spurt?

If you look around, you'll see a really cool trend. People are rediscovering neighborhoods that have, in recent years, fallen out of favor. People are realizing why those neighborhoods were important in the first place, and they're reusing them. Freret Street was always useful for Broadmoor and Uptown, and that's what kept the neighborhood together. You're seeing people go back to these traditional business arteries. Look at Il Posto on Dryades. There's no reason why people should be going down Dryades to go to a little cafe, but they do because, historically, that street has served its surrounding neighborhood. The best way to take the temperature of New Orleans is to look for activity in all of its old commercial arteries.