Share All sharing options for: What Was Your Single Best Meal of 2013?

As is the tradition at Eater, we're rounding up the year with a survey of friends, industry types, bloggers and others to get a feel for the highlights and lowlights of the last year in eating in New Orleans. We've discussed Top Restaurant Standbys, Favorite Newcomers, and friends of Eater offered One Word Descriptions of 2013. We've also covered Best Dining Neighborhoods, and now our panel of restaurant experts divulge their Single Best Meal of 2013. Tell us your best meal in the comments. 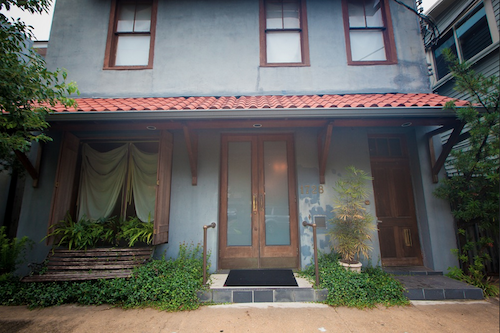 Lorin Gaudin, NOLA Food Goddess, author: A weekend dinner at Kyoto2 when chef Yoshi treated us to a tasting of over 10 umeboshi made by his mom and her neighbors.

Anne Berry, cocktail whisperer, Where Yat contributor: I have a few: a fun brunch at Cole Newton's Twelve Mile Limit featured build-your-own breakfast burritos and festive cocktails, all set to live bluegrass music. If you consider cocktails food, then I'd include a recent night at Tivoli & Lee, where resident asskicker Kimberly Patton-Bragg served up jello shots made from white whiskey and satsuma syrup. My new year's resolution is to attend their next bourbon pairing dinner. This year I interviewed Galatoire's chef Michael Sichel in his home kitchen for a Food Network web series called "Fridge Raid". While we chatted he sizzled up a rich vegetable curry, then packed it with chopped cilantro and peanuts for me to take home. A memorable meal, for sure.

Kim Ranjbar of Suck The Heads and Where Yat: My birthday lunch at Herbsaint. I had a smoked salmon with crisp green beans in a creamy sauce gribiche for an appetizer, crispy goat with curried lentils, cucumber and tomatoes for the entree and dessert was a duck egg crème brulee with pecan lace cookies. Herbsaint never fails to please.

Rene Louapre, Blackened Out blogger, co-founder of Hogs For The Cause: Gautreau'sthey just get what dining is supposed to be. That is, I make a reservation, which you accept. When I show up, you welcome me. I give you money for food and beverage, you take it with a smile and give me 1-2 hours of pampering and pleasure. Other restaurants should take note.

Gwendolyn Knapp, editor of Eater NOLA: One of the last nights that Charlie's Seafood was open will always stick in my mind. They didn't have much beer left, so I was drinking a Michelob Ultra, I believe, waiting for a table outside under the glow of the famous sign. I had to get those shrimp calas one last time. They were my jam. I'll forever miss them. Frank Brigtsen was roaming around the dining room, sitting with families and talking to everyone. It was bittersweet. Also had a pretty epic meal at August when Michael Gulotta was still in the kitchen, and he kept sending out decadent course after course including clams from Cedar Key, Florida which is where my grandma chopped down her Christmas trees from every year (very illegally) since it was near her hunting camp.