Share All sharing options for: The Best NOLA Cookbooks 2013 For Holiday Gifting

Without a doubt, 2013 has been fertile ground for local chefs, writers and photographers releasing gorgeous cookbooks unto the culinary world. Basically, that leaves the holiday season full of tasty reading, with enough to go around for the entire family. Here, now, Eater has rounded up the best of local cookbooks released during 2013 to better guide you toward effective holiday gift-giving. If you're still looking for a last minute idea for that gourmet, gourmand, or book worm in your life, look no further. And while all of these books are available online, stores such as Garden District Book Shop, Octavia Books, and Maple Street Books likely have these and may other titles in stock, or can order them for you. 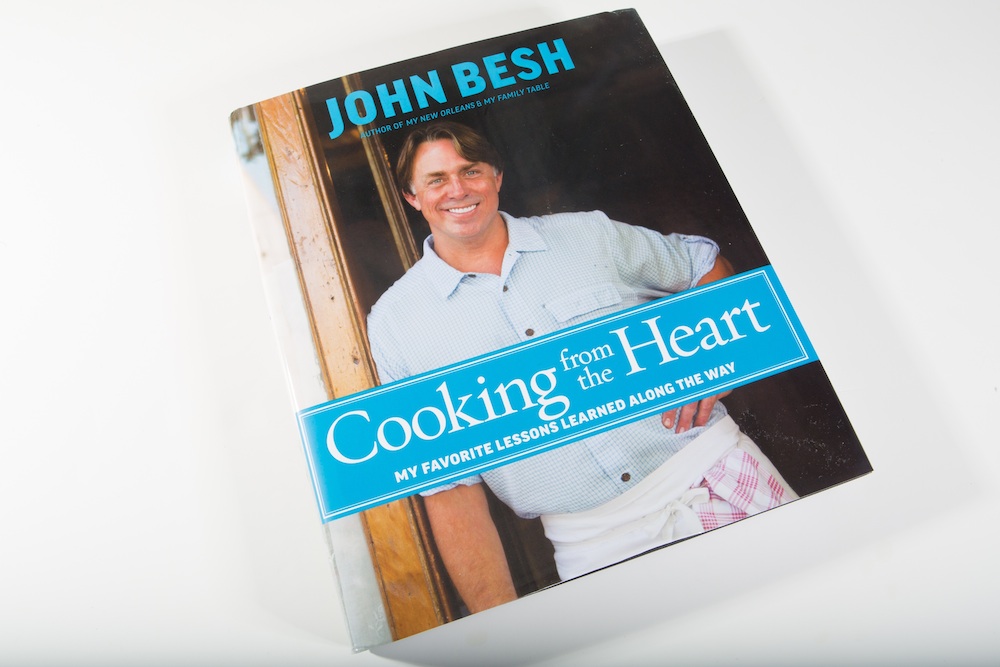 Cooking From The Heart: My Favorite Lessons Learned Along The Way
Author: John Besh
About: A stunning (and large) book that follows Besh as a young chef honing his skills in restaurants across Europe, with his wife and soon-to-be family in tow. Includes recipes of classics, and reinvented classics. Suitable for any home cook, Besh fan, or gourmet in the family.
Available: Here, and in area book stores
[Photo: Brasted] 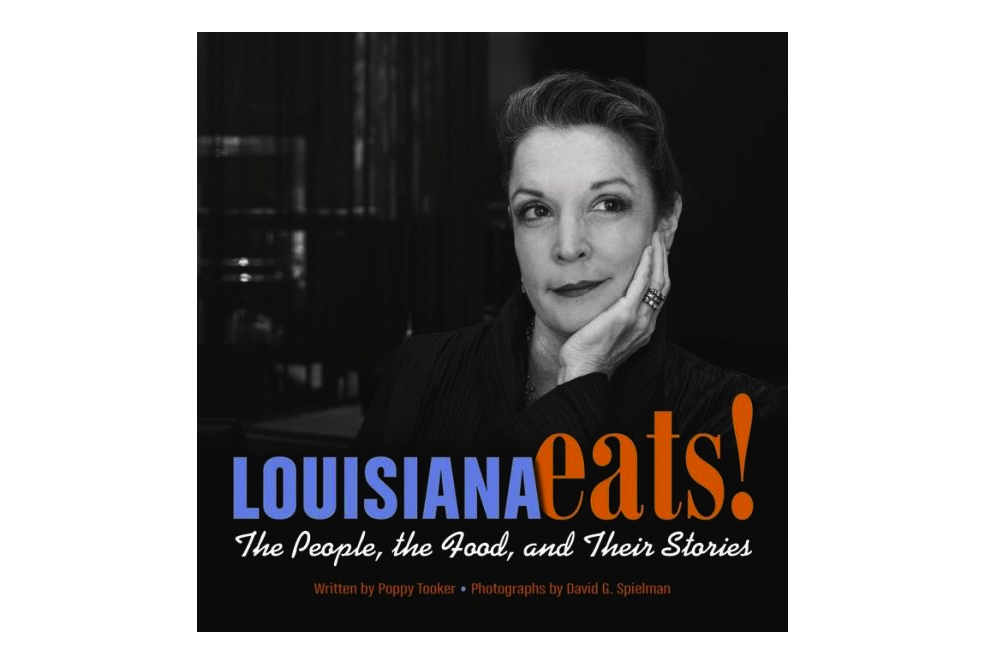 Louisiana Eats: The People, the Food and Their Stories
Author: Poppy Tooker
About: The inimitable lady of the roux/culinary hero Poppy Tooker, takes her radio show to the presses, in this intimate hybrid essay collection/cookbook featuring some of the most interesting characters including chefs, musicians, a voodoo priestess she's ever interviewed, recipes related to each, and beautiful snazzy black and white portraits provided by photographer David Spielman.
Available: Now in area stores and right here 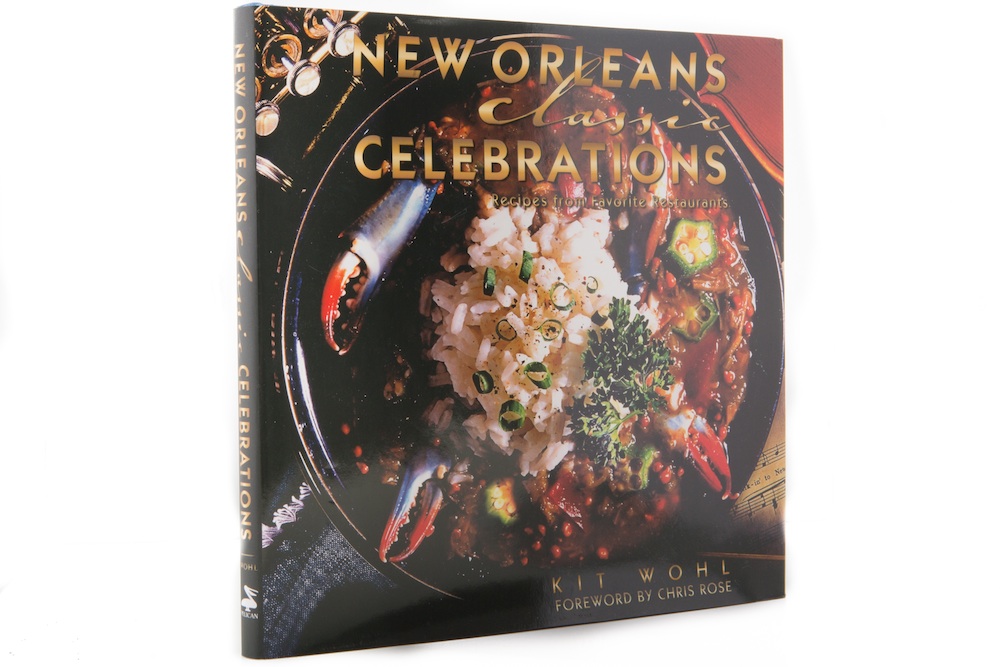 New Orleans Classic Celebrations
Author: Kit Wohl, foreword by Chris Rose
About: Photographer and writer Kit Wohl returns with gorgeous food photos and recipes from local chefs that will be quite handy this holiday season, and well, during any celebratory fete you may plan in the future. When it comes to party food, from decadent Reveillon dinners to the best gumbo for the play-offs, this book is a must, and features local chef faves such as Justin Devillier and Leah Chase.
Available: Now in area book stores and right here
[Photo: Brasted] 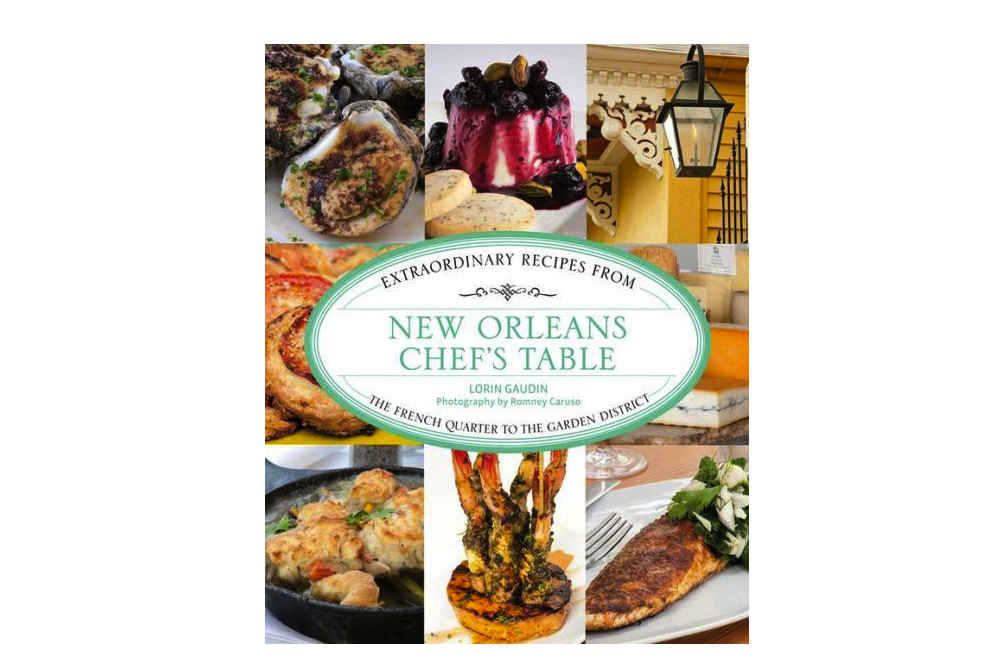 New Orleans Chef's Table: Extraordinary Recipes from the French Quarter to the Garden District
Author: Lorin Gaudin
About: Gaudin has teamed up with photographer Romney Caruso to showcase recipes from over 50 celebrated New Orleans restaurants and chefs include Michael Doyle, Eman Loubier, and Justin Devillier, not to mention 100 beautiful full-color photos. This is a keepsake cookbook for your favorite homecook.
Available: Garden District Books and other local stores, and online right here 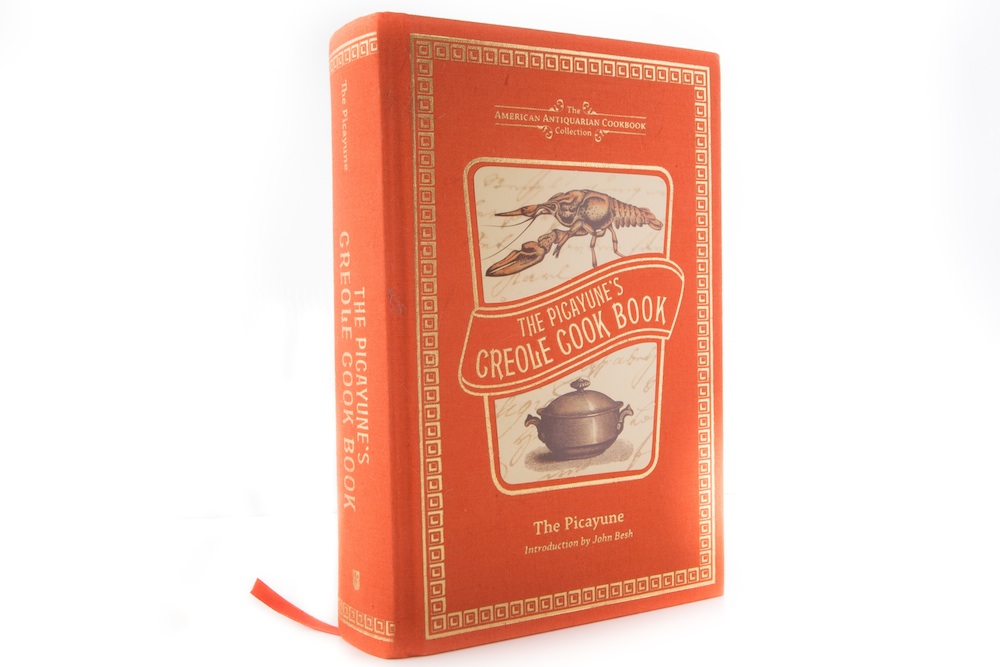 The Picayune's Creole Cook Book
Author: Picayune "staff" from 1901, new foreword by John Besh
About: This 2013 re-release has been reprinted verbatim from a volume belonging to the American Antiquarian Society's collection. Well, with the addition of John Besh's intro, in which he refers to the book as, basically, a time capsule. If you've ever wondered a dozen things to do with lard, this is the book for you. Really, this is a must have for history buffs, and serves as a reference and guide to all things Creole, from luxurious menus to what they did with leftovers back in the day.
Available: In stores now, and online here
[Photo: Brasted] 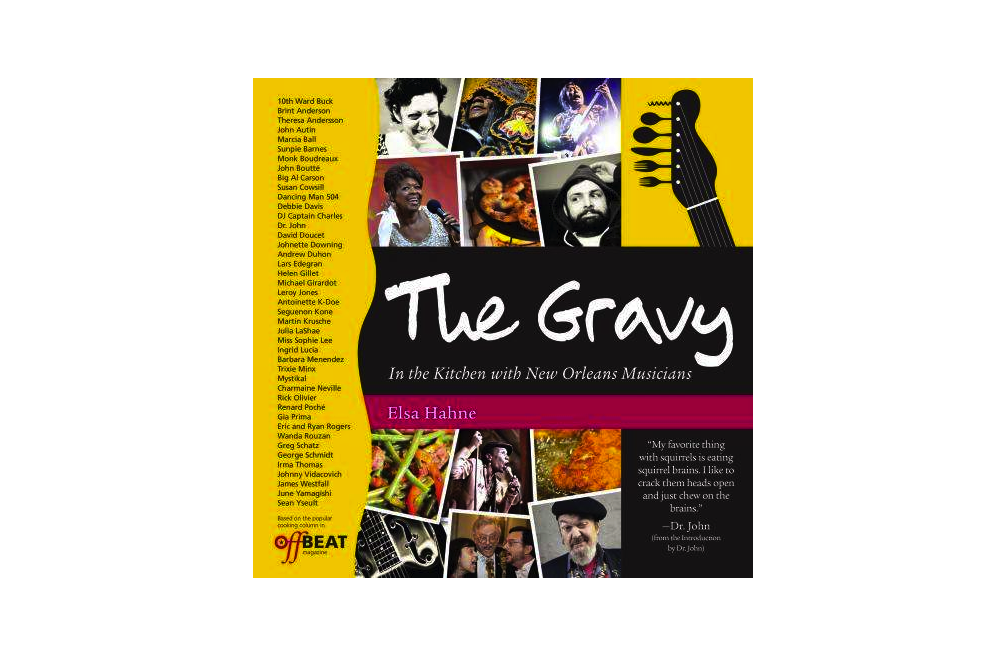 The Gravy: In The Kitchen With New Orleans Musicians
Author: Elsa Hahne, introduction by Dr. John
About: Hahne's second cookbook is based off of her popular OffBeat magazine series, and features recipes/first-person narratives from Mystikal, Irma Thomas, Big Al Carson and more (forty-four musicians, to be exact, covering everything from soul to zydeco) with tons of photos, and of course the knowledge that this transpired while making the book: When Hahne suggested Mystikal add salt to his pancake recipe, he was like, "Salt? Hell no! Get out of my kitchen. Scram! No, we're going sweet. Who wants salty pancakes? Just the thought." Perfect for the music/food/culture lover in your household.
Available: In bookstores now, and online right here 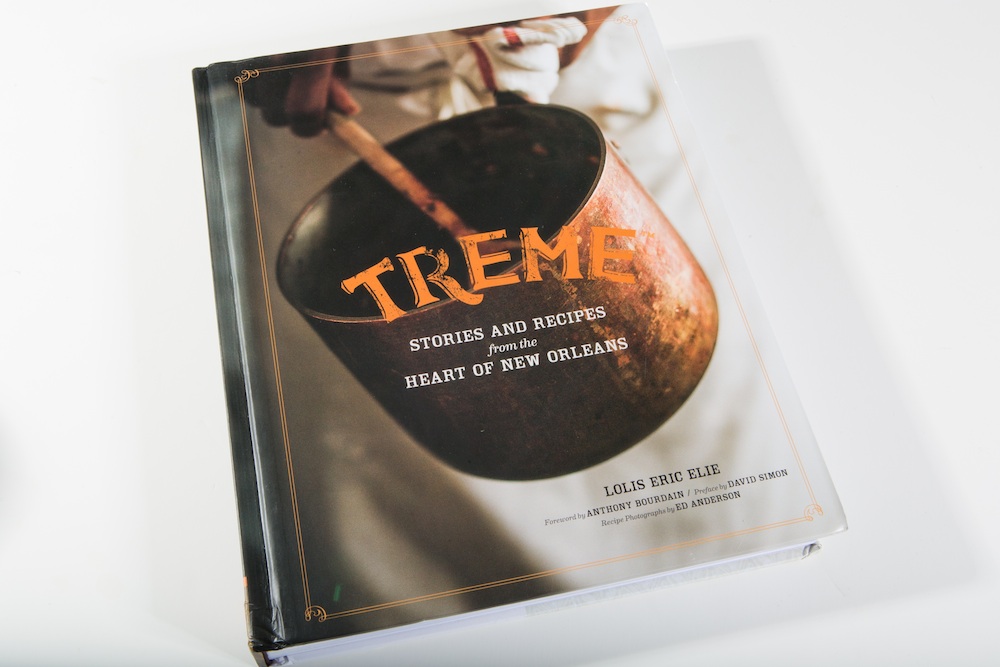 Treme: Stories and Recipes From The Heart of New Orleans
Author: Lolis Eric Elie, foreword by Anthony Bourdain
About: Features fictional first-person narratives from the shows characters, such as chef character Janette Desautel, among real New Orleans restaurants like Upperline, Bayona, Restaurant August, and Herbsaint. Since Desautel has "worked" at Brigtsen's, Emeril's and Gabrielle, there are recipes from those restaurants too. Zinger: the book also includes recipes from chefs that have appeared on the show, ie. Eric Ripert, David Chang, and more. It is a pretty good looking book, so if you have a Treme fan or pop-culture afficianado in the fam, this is for you.
Available: Now in stores, and online here
[Photo: Brasted] 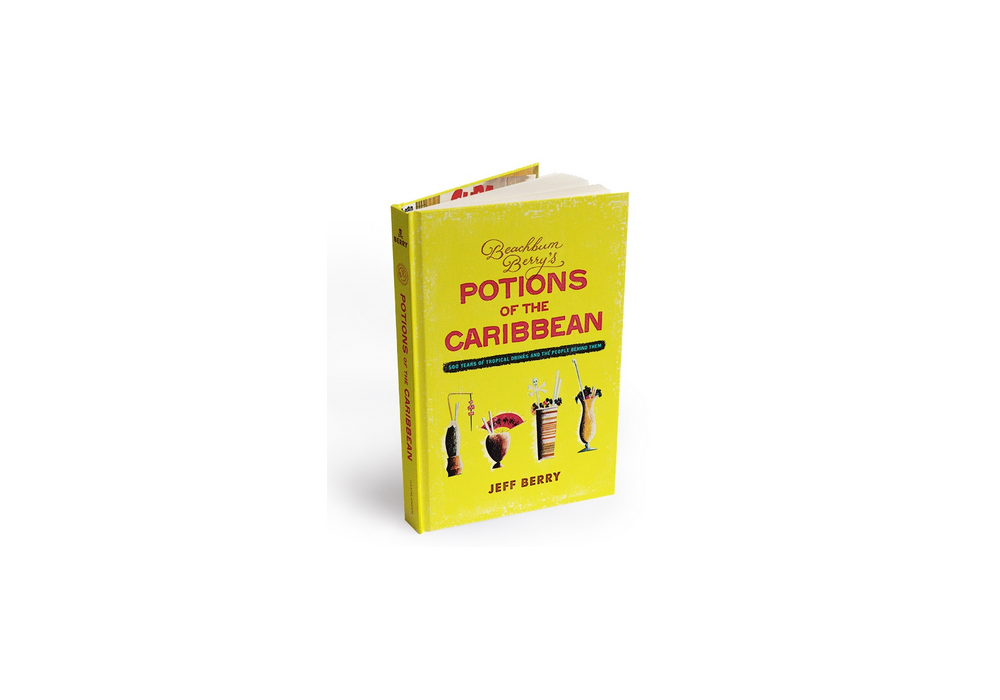 Potions of the Caribbean: 500 Years of Tropical Drinks and the People Behind Them
Author: Jeff "Beachbum" Berry
About: Potions of the Caribbean is reportedly a bit darker than Berry's previous books...but is still a doozie for tiki freaks. Moving through all things Caribbean-history, from the conquest to the modern tourism industry, the book features 77 vintage Caribbean drink recipes along the way.
Available: Just released, order here. 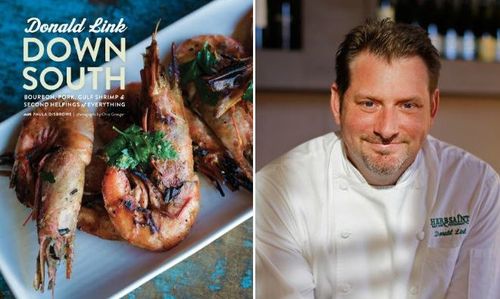 Down South: Bourbon, Pork, Gulf Shrimp & Second Helpings of Everything
Author: Donald Link
About: Okay, okay. This book doesn't actually come out until February, but its The Donald of Cajun Country we're talking about here, and the book is on pre-order. Link's book Real Cajun won the 2010 James Beard award for Best American Cookbook. Down South will expand his focus to traditional food and drink across the South instead of focusing solely on his Louisiana roots, and includes stories and 110 recipes inspired by spots like North Carolina's Jim 'N Nick's BBQ, Georgia's Stuckey's, and as promised, lots of Bourbon.
Available: on pre-order (with February 25, 2014 release date) right here

· All Book Club Coverage [-ENOLA-]
All Photos courtesy of author, unless noted otherwise