Tropical Storm Karen was the weekend-ruining storm that never was. How did you weather it? Did you turn off all your lights and grill burgers over candle flames, just for the fun of it? Maybe it's too early to mock the weather gods (it's still October, after all), but this poster that Sue Zemanick tweeted nails the giddy relief with which New Orleanians greet an averted weather-related event.

The list of things that make New Orleans a unique city is exhaustive, but in these more recent years of Saints glory, that list has acquired a minor new entry: New Orleans may be the only place where someone can mention the name "Will Smith" and reasonably expect the follow-up question, "Which one?"

Thespian Smith, who's currently in town filming Focus, was spotted at Bacchanal this weekend drinking, of all libation indignities, water. Fleurdelicious spotted the well-hydrated Smith, but initially failed to distinguish him from his football-playing doppelgänger: 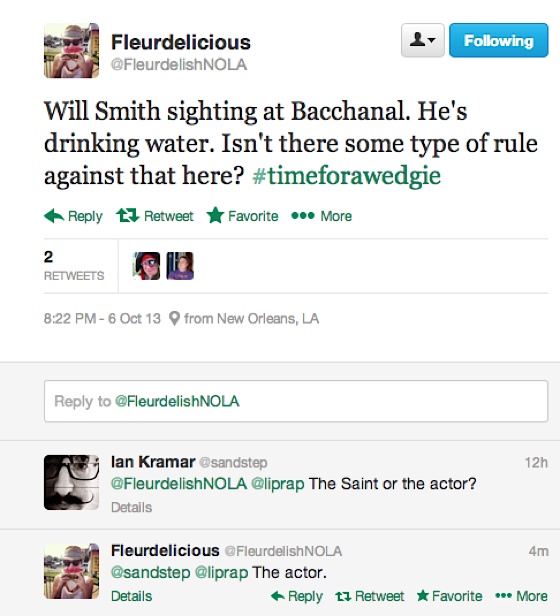