When it comes to creating impeccable seasonal cocktail menus, Neal Bodenheimer and the Cure team don't play around. Freret Street's cocktail trailblazers launch their Fall cocktail list this week, just in time for Cocktail Week 2013, and Eater has a full sneak peak after the jump. From low-proof cocktails, to a bold and bitter variation on a Hemingway Daiquiri, the menu is everything you want Fall to taste like and more? think ryes, apple brandy, a house-made chai tea shrub? from some of the best bartenders in the business, including Rhiannon Enlil and Nick Detrich.

"We're doing something wrong if one cocktail dominates the list," Bodenheimer tells Eater NOLA. "This list is even spread across the board. We definitely have nods to the classics, which, some of the drinks are a little further out there, and some are mainstream. The cocktail nerd in me is excited about Holy Smoke and Capability Brown." 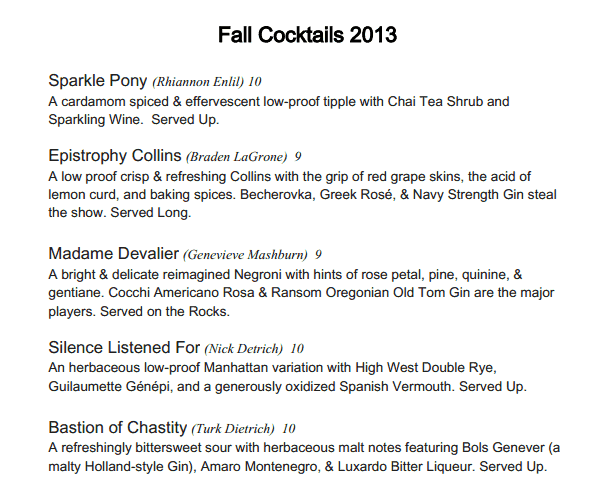 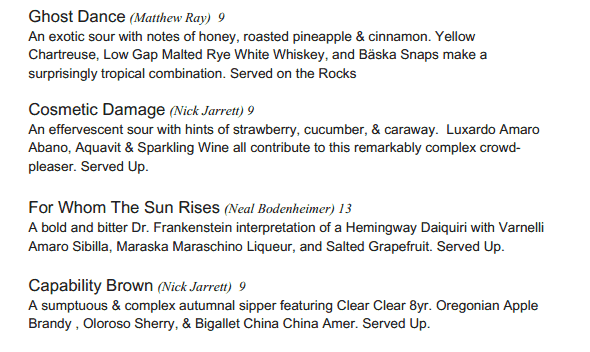