The Story Behind Sylvain's Fries and Champagne

Share All sharing options for: The Story Behind Sylvain's Fries and Champagne

Sylvain, the beloved gastropub in the French Quarter, is home to one of New Orleans' most outrageously expensive appetizers, French Fries and Champagne at $50/$90 a serving. Here, Sylvain's owner, Sean McCusker, tells Eater the story about how the dish came to be. 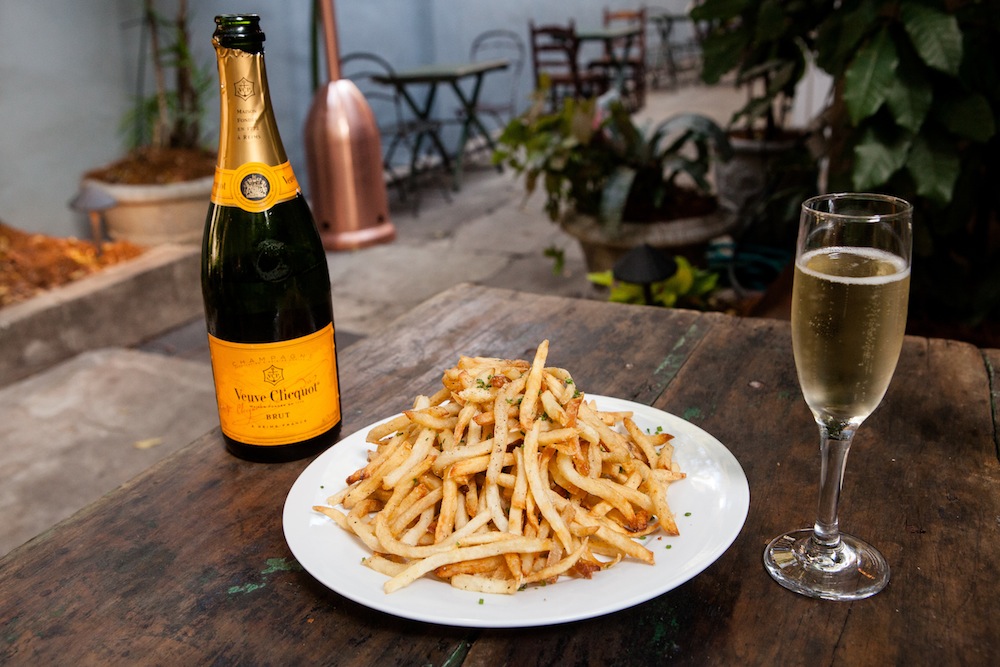 "Back when I was writing for magazines, I would get invited to a lot of promotional events, but only went to the ones that were food-related. One night, I was lucky enough to be invited to a champagne event thrown for the head guy at Veuve Clicquot. After many glasses? or actually, bottles? of champagne, we all headed out for a night on the town that went way too long.

At one point, I asked the guy what was his favorite food to eat with his champagne. He looked at me as if I was the biggest moron in the world? which I probably was at that moment? and said 'pomme frites.'

The next afternoon, a friend and I hit Les Halles where Anthony Bourdain was the chef and was making what I thought were the best fries in NYC. We ordered a plate and a bottle of champagne. We each grabbed a fry, stuck it in our mouths and followed it with a gulp of champagne and it was a revelation. Right there I said that if I ever had a restaurant, I'd put that combo on the menu even if nobody ever ordered it. Thankfully they do."

McCusker tells Eater that Sylvain is booked solid this weekend with NFL players and celebrities, and was even instructed to order six bottles of Cristal for one whale.