It's always a great time to be a diner in New Orleans, but Fall is especially exciting with so many restaurants opening all over town. Here is a preview of the most anticipated openings. 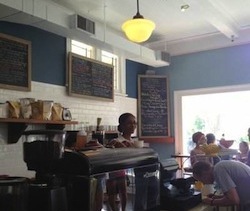 Uptown: Satsuma Cafe
Location: 7901 Maple St.
Major Players: Cassi and Peter Dymond, Michael Constantini
The Situation: Near the Uptown universities, the new location is open from 7am-7pm daily and serves the same menu as the Bywater flagship, lots of beloved coffee, sandwiches, salads and juices. Tipsters report that the new cafe rocks. The Dymonds recently told the Gambit they were so busy they had to expand. With all those college kids, chances are this location will be even more crowded.
Opening Date: Just Opened
[All Coverage of Satsuma Cafe] 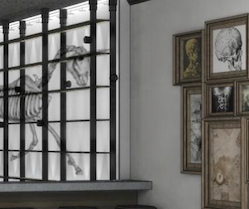 Bywater: Booty's
Location: 800 Louisa
Major Players: Nick Vivion and Kevin Farrell
The Situation: Partners Vivion and Farrell met in Seattle after Farrell lost his home to Katrina and relocated for a brief stint. The duo run the website Unicorn Booty, and tout Booty's as a "Blogstaurant". The restaurant will serve Stumptown Coffee, aiming to attract bloggy types during the day, and a fun dining scene at night. FOH and bar manager, Jeremy Thompson, formerly of Maurepas Foods, will have Daiquiri machines, a bottle presser (potentially for togo bottles of carbonated booze), and other toys behind the sleek copper bar that's backed by a wall of glass shelving, encasing a Unicorn Skeleton. Greg Fonseca, former chef de cuisine at Rio Mar, will run the kitchen and his menu will focus on "street food," mostly with foods served on a stick, in a cup, or that you eat with your hands.
Projected Opening: Late October
[All Coverage of Booty's] 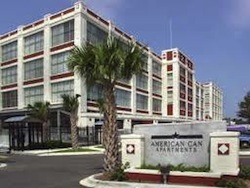 Mid City: Serendipity
Location:3700 Orleans St
Major Players: Chef Chris Debarr, Ed Diaz
The Situation: Debarr and Bar Tonique owner, Diaz will bring a legion of fans from their days at the Delachaise (Diaz used to be a co-owner while Debarr was Chef there) to the space that was formerly the Olive Branch Restaurant in the American Can building. The wine program will be affordable, the bar program will focus on 19th century drinks, and the menu will feature Green Goddess favorites and some new additions, serving "picnic" and "supper" instead of "lunch" and "dinner". Seating will be plentiful with at least 100 seats available, unlike the cramped Goddess, and there is some mention of a wine bottle chandelier custom made for the place. Sous chef will be Allison Gorlin from Cake Cafe.
Projected Opening: September 13
[All Coverage of Serendipity] 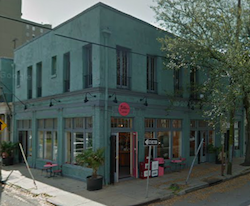 Central City: Maïs Arepas
Location: 1200 Carondelet
Major Players: David Mantilla
The Situation: A former partner in Baru Bistro & Tapas, Mantilla has been hard at work getting Maïs Arepas on Carondelet and Clio, or as some say, the CL-10. The restaurant will be home to something New Orleans hasn't seen very much of, if any: the arepas, a Columbian corn meal griddle cake. Mantilla applied for a liquor license in hopes of serving margs and, sigh, mojitos. The restaurant, located in the short lived Surrey's Juice Bar, will focus their menu on a variety of meat filled arepas and South American-style small plates.
Projected Opening: September 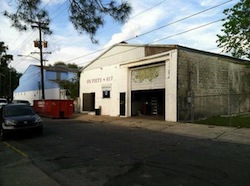 Bywater: Pizza Delicious
Location:617 Piety
Major Players: Greg Augarten, Michael Friedman
The Situation: What began as two guys making New York style pizza once a week out of a catering kitchen in the Bywater quickly transformed into New Orleans' most popular pop-up. Now Augarten and Friedman are opening a brick-and-mortar near Markey Park. The new Pizza Delicious will be pretty simple?the building is actually a warehouse?with no table service, an order window, and. There will be outdoor seating available, and beer, glorious beer. The duo also plan to add a few salads and pasta to the menu, but will mostly focus on what they do best, delicious pies. They will be open six nights a week.
Projected Opening: October
[All Coverage of Pizza Delicious] 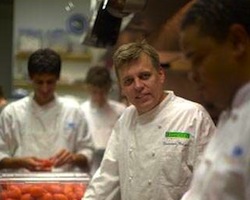 Uptown: Dominique's on Magazine
Location:4213 Magazine
Major Players: Dominique Macquet, Mike Schexnayder
The Situation: After parting ways with Dominique's last year, Macquet is teaming up with Schexnayder.the owner of Le Foret, to open up a new Dominique's on Magazine not far from the old restaurant (now called Apolline) in a sprawling 190-seat space with a courtyard, 16-person chef's table, and a large wine cellar. The dining area is about three times as big as the previous Dominiques and split into two levels. A large Herb garden is on site, and Macquet plans to source the majority of ingredients locally. Trent Osborne, who was chef de cuisine at the old Dominique's, will be back.
Projected Opening: September
[All Dominique's Coverage] 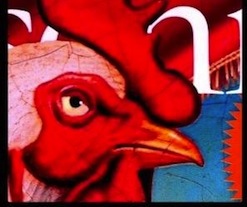 CBD: The Lucky Rooster
Location: Baronne and Poydras
Major Players: Warren Chapoton, Joe Briand, Chef Neil Swidler
The Situation: The Pan-Asian restaurant on Baronne led by Chapoton, a co-owner of Slice and Juan's, will feature former chef du cuisine of Emeril's Delmonico Neil Swidler in the kitchen. Former Herbsaint GM and wine guru Joe Briand will run the wine program and FOH. The menu will focus on Asian street food and cocktails, not to mention a ton of handmade noodles. The renovations remain somewhat of a mystery at this time.
Projected Opening: September/October
[Coverage of Lucky Rooster]