Daniel Causgrove Is The New Executive Chef at Dijon

Share All sharing options for: Daniel Causgrove Is The New Executive Chef at Dijon 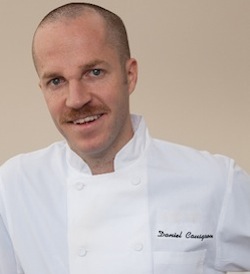 After several excruciating months of chef shuffling, Dijon has announced their new executive chef, Daniel Causgrove, most recently the sous chef at La Petite Grocery. Causgrove is from Syracuse, New York, and worked at Le Cirque and Cafe des Artistes in New York City before moving here in 2007. He plans to introduce a new menu at Dijon this month.

Back in June, Dijon owner Kurt Brodtmann and Chef Chris Cody parted ways, insisting it had nothing to do with a one-bean review from Brett Anderson's. In July Ryan Hughes, who had just departed from Johnny V's and is awaiting the opening of Purloo, stepped in as a temporary consulting chef. Brodtmann believes Causgrove will be a great fit for the restaurant, as well he should be. During his tenure as sous chef, La Petite Grocery received a four-bean review from Anderson.