Loa's Alan Walter Is All About Atmosphere

Share All sharing options for: Loa's Alan Walter Is All About Atmosphere

All this week, Eater is talking to a number of the leading cocktail people in New Orleans to see where they like to go for a drink, for a feature we're calling Shift Drinks. 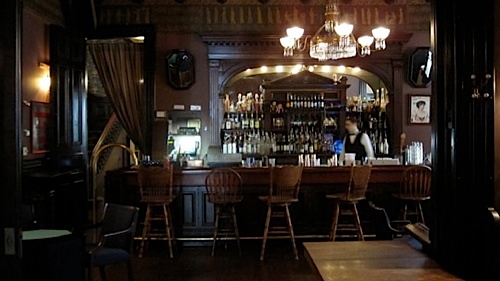 A bar's atmosphere can be really important, especially if it interferes with the enjoyment of a simple, after work cocktail. So says Alan Walter, who, when he's not concocting drinks over at Loa in the International House, likes to enjoy his go-to drink (pastis and water) in the stately bar at the Columns Hotel.

For something with a little more vintage, Walter will pop over to the Bouligny Tavern or Lilette, which he says have added major points to New Orleans' wine IQ. As for his cocktail ingredients of choice, Walter says that he's something of a New Orleans anomaly?he's not that into whiskey. "I like using Italian bitters," insists Walter, "like Campari, but I'm not really a whiskey or bourbon guy, which, in this city, is pretty unique."