What are the Best Po' Boys in New Orleans?

Share All sharing options for: What are the Best Po' Boys in New Orleans?

It's Friday during summer in Southeast Louisiana, which means it's hot and it's slow. So we think it's time to hear from the crowd. Have something you want discussed among the fine Eater readers? Send it this way. 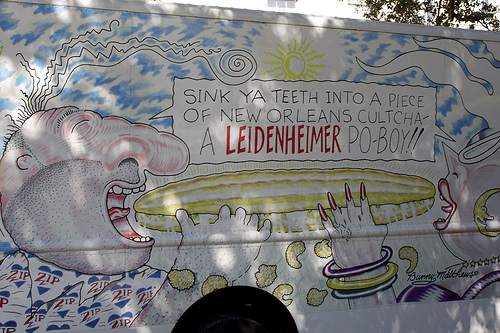 People in New Orleans are intensely loyal to their po' boy shops. If you're a Guy's guy, you swear by Guy's. For others it's Domilise's. And then there's Parkway, or Crabby Jack's, or that grocery store on Patterson Drive on the West Bank that may or may not have a name. Eater NOLA isn't immune from this loyalty, either, which is why it's time to pose this question for this week's Friday Open Thread: What are the best po' boy shops in New Orleans?

Once this has been up for over a week and the results have been compiled and ties have been broken, we'll use the nominations to make a fancy, shiny, new map of New Orleans' best po' boys. So have at it in the comments, and happy Friday.