Did the Magazine Street Italian Pie Close Because the Pizza Turned People Into Vampires?

Share All sharing options for: Did the Magazine Street Italian Pie Close Because the Pizza Turned People Into Vampires?

Eater does not necessarily put any stock into stories of the occult, unless of course when the occult interferes with a good meal. Then Eater responsibly contacts some sort of occult-fighting contractors, like the Ghostbusters or Abraham Lincoln. 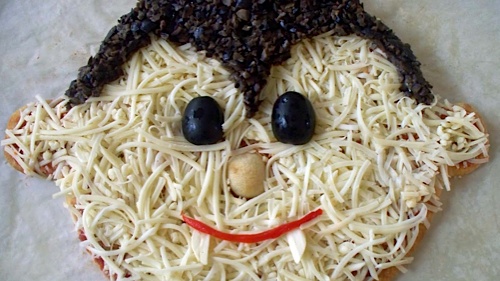 When the Uptown Italian Pie that stared into the glazed eyes of St. Joe's Bar and cuddled up next to the Whole Foods at Arabella Station closed, you might have assumed that it was somehow the result of a lack of patronage or high rent or some diabolical combination of those two business-killing phenomena. However, at least according to a tipster, the shuttering of Uptown's Italian Pie had a much more insidious cause, something more ancient, horrifying, and sexy than bad accounting or empty cash registers.

The tipster?let's call him Jeff?tells us about the last time he went to the star-crossed Italian Pie on Magazine Street, one fateful Thursday, as it happens, only a few weeks before it served its last pizza. Jeff was with a few friends and they'd all just polished off a true carnivore's pizza?bacon, sausage, Canadian bacon, regular bacon again, and pepperoni?and a pitcher of Abita. Jeff excused himself to go to the bathroom at the end of the meal, going off alone. The bathroom at the Italian Pie seemed nice enough, and Jeff enjoyed a nice, long pee before washing his hands like the diligently hygienic person he is. As he weighed his hands-drying options, there came a knock at the bathroom door.

A second knock followed, this time harder, more insistent than the last, as if the person on the other side of the door hadn't heard Jeff, or had to pee so badly that common courtesy had abandoned him.

Then, to Jeff's horror, the doorknob started jangling furiously. Whoever was on the other side was actually trying to break the door down, which made Jeff realize that, since he could always just dry his hands on his pants like any self-respecting 12-year-old, he might as well just open the door and forgo the rest of his toilette. When he opened the door, a bald, middle-aged man burst in, blocking Jeff's exit. The man started waving his arms wildly. He stomped his feet like he was trying to get mud off the soles. He twisted his mouth into weird, noiseless shapes. Jeff tried to sidestep him, but the man shot an arm out, again blocking his way. At this point, Jeff was pretty freaked out because he'd been in enough public restrooms to know that certain things were scheduled for certain hours of the day, and he worried that he'd entered the bathroom at the exact time that one such discreet event had been scheduled. The man then started to moan and grunt, but right before Jeff pushed him out of the way, the man held up a hand, took a receipt out of his pocket, and held it flat against the wall. Then he took a ballpoint pen out of his shirt pocket, clicked it, and scrawled the following message with more or less the same amount of exclamation points:

"The pizza turns people into VAMPIRES!! Leave before it's too late!!!!!"

He stuffed the receipt into Jeff's hand and then stood aside so he could leave. Back at the table, Jeff's friends seemed a little uneasy, and before he could tell them all about the crazy guy who'd assaulted him in the bathroom, one of Jeff's friends leaned close to him and said, "Dude, everyone's been staring at us since you went to bathroom. I think we should go." Jeff looked around the restaurant, meeting stare after reproachful stare. They all dumped what cash they had onto the table and promptly left. Not long after, the Italian Pie closed. Jeff and his friends didn't turn into vampires.

Could the Italian Pie on Magazine have closed because its cooks were familiars working for a vampire overlord, churning out vampire pizzas made out of human flesh? That's a question best left to the comments.