Share All sharing options for: Looking Ahead to NOLA's Hottest Upcoming Openings

2012 has already been a busy year for restaurant openings, with a number of noteworthy spots like Borgne, Maurepas Foods and Magasin opening up over the last few months. As spring starts turning into summer, a number of restaurants are getting ready to open, including some that are (arguably) bigger than any of the ones that have come so far. Two dearly-departed restaurants, René Bistrot and Dominique's on Magazine, are getting set to reopen, while a number of big-time chefs and restaurateurs are opening brand new operations all around town.

With six of the year's most anticipated restaurants scheduled to open between now and July, let's take a look at these upcoming entries onto the city's ever-expanding dining scene. 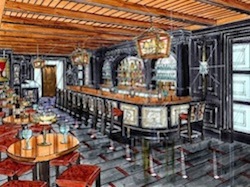 The long-awaited restaurant from chefs John Folse and Rick Tramonto, inside the Royal Sonesta Hotel, is due to open on June 4. Former Café Adelaide chef Chris Lusk is running the kitchen there, with a menu that promises modern adaptations of classic Louisiana cuisine. Expect a ridiculously stellar wine list and seven different dining rooms, replicating the rooms within an historic Creole mansion. 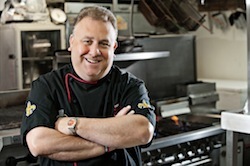 Café Giovanni chef Duke LoCicero is opening this restaurant on the lake front by the Fourth of July. The first new construction in the New Basin Canal area of the city since Katrina, Duke's on the Basin will be a hybrid seafood restaurant, market and dock. The restaurant unsurprisingly promises a heavy focus on Louisiana seafood, while providing a spot for local fishers to buy supplies and sell their catches. 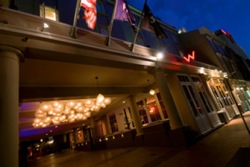 This is a new venture operation from the folks behind Commander's Palace, coming as part of a pricey renovation of the French Quarter W Hotel. It's due to open June 25. The focus here will be on the drinks, with a promising cocktail program, a beer garden, an Enomatic wine machine, and more. The chef is Juan Carlos Gonzalez, who has worked for the Brennan family at several of their restaurants, including Commander's and Bistro Alex in Houston. 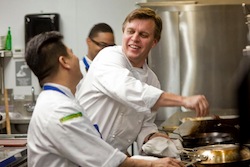 Celebrated chef Dominique Macquet closed his namesake restaurant in the fall to concentrate on Tamarind, his project in the Hotel Modern, while working to move it into a larger space. (The restaurant was too popular for its 50-60 seat dining room on Magazine.) The new version of Dominique's on Magazine will be a massive, two-story space in an old firehouse, with upwards of 150 seats spread out over a couple of dining rooms and the bar. Macquet hopes to have it open by July. 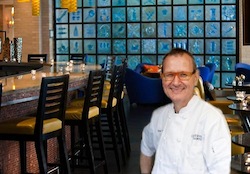 René Bajeux operated a version of this restaurant before the storm, never reopening it afterwards. After spending some time running the kitchen at the Rib Room, the French master announced plans to reopen his beloved bistro in the space formerly occupied by LaCote Brasserie in the Renaissance Arts Hotel. The restaurant is currently still operating under the LaCote name and will switch over to René Bistrot on May 15. 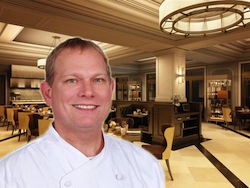 The last restaurant on this list is the forthcoming eatery inside the Hotel Monteleone, due to open by mid-May. They're promising "Louisiana Fusion" cuisine, a blend of European and African flavors that gives props to all the cultures that settled in the state. The chef de cuisine here is Joe Maynard, who was at the Windsor Court before Katrina, spending the last few years in Miami.

And looking forward past the summer, the one big opening to really keep an eye on is Dickie Brennan's restaurant in Le Petit Theatre. When Brennan's restaurant group purchased half the theater's space, partner Steve Pettus told the Gambit's Ian McNulty that it should open sometime this fall.

Duke's on the Basin: A Seafood Camp