Rene Bajeux OUT at the Rib Room

Share All sharing options for: Rene Bajeux OUT at the Rib Room 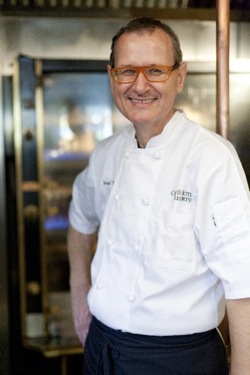 Rene Bajeux is leaving the Rib Room, the restaurant at the Omni Royal Orleans. Bajeux has been the chef there since last May, when he finally returned to the city after Katrina. Prior to the storm, Bajeux was at the Grill Room and, later, at his own Rene Bistrot, which never reopened.

Brett Anderson at the Times-Pic writes that "I have yet to be able to track down the chef to find out what his plans are, but here’s hoping they involve another New Orleans restaurant kitchen. The city is a better place to eat when Bajeux is cooking in it." Wherever he's going, it's apparently going to be a "Game Changer." So that's a good thing, it sounds like.