Welcome to The Gatekeepers, a regular feature wherein Eater talks to the men and women who stand between you and those coveted tables. This month: Lauren Kaplan from Café Adelaide. 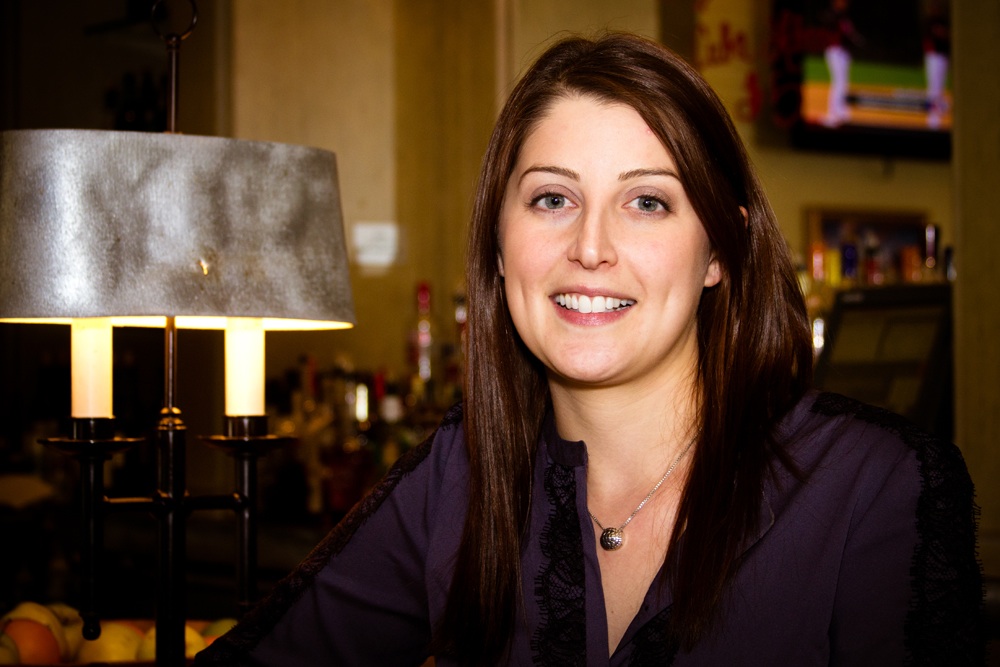 Caf· Adelaide is sort of the baby sister to Commander's Palace, the Brennan-owned stalwart in the Garden District. Opened by Commander's owners Ti Martin and Lally Brennan in 2003, the restaurant inside the Loew's Hotel?as well as its bar, the Swizzle Stick Bar?has undergone a bit of a shakeup in recent months. Last fall, chef Chris Lusk departed to helm the kitchen at the still-not-yet-open Restaurant R'evolution, and was replaced by Commander's alum Chris Barbato. The front of the house has seen changes, too, with new GM Lauren Kaplan, formerly of Emeril's Delmonico, arriving in January. Eater recently sat down with Kaplan to talk about getting a table at Adelaide and making the switch from Emeril to the Brennan family.

It's 8PM on a Saturday, I come in, four top, no reservations. What kind of wait am I looking at?

Depends on the season. New Orleans is very seasonal, basically. But we move pretty quick, so twenty minutes to forty minutes we'll get people in.

What about earlier in the night? I'd be able to just come and sit right away?

How many seats are in the restaurant?

Do people every try to slip you cash to try to get seated more quickly?

I think the whole slipping a bill to maitre d' is a little past, it's more of like a, let me put on the charm and wit. People think they can finagle their way in with some jokes.

Does that ever work?

Do you ever get celebrities coming in?

Willing to say who?

No, just because something we pride ourselves on is that for the most part we'll maybe get excited in the kitchen but we try not to get excited on the floor. We try to give them a little bit of anonymity.

What'd you have to do?

Luckily we have a great security team and they came to the rescue and went through the proper procedure and called EMS and made sure that person was okay. That was kind of unique, interesting.

What's your favorite seat in the house?

I really like the banquettes. 405 is kind of right in the middle of the dining room. For breakfast and lunch, all the beautiful sunlight, and then at night you just get the lights from the city. I find that romantic.

What was your background before coming to Adelaide?

I'll tell you what, I've worked in this industry since basically the hour I could drive, when I applied for my first restaurant job. And I've always sort of been into wine, [while] waiting tables and managing, but it wasn't until my last position where I was responsible for running a wine program. And that was a lot of trial by fire.

And where was that?

They've got a great wine program

Yeah, it was a great program that I was starting with, but I was able in my time there to double it and take the award level up from Wine Spectator. We had an Award of Excellence, I was able to bring that up to a Best of Award of Excellence. That wine list, when I left it was 550 selections. I'm excited to have a wine list that's more concise, more focused. That list was really, what are people coming in here, what are they going to drink? This one's more about what really speaks to the food and the atmosphere of the restaurant.

And what brought you to Adelaide from Delmonico?

I think mostly Ti Martin and Lally Brennan. They're kind of the queens of the town. To work with them, and also the hotel side of it. I have lots of little pieces on my resume?I used to manage a jazz club, fine dining, I used to manage a huge barbecue restaurant. But I hadn't really done this.

An extra notch in the belt, kind of?

Yeah, an extra notch in the belt. But just, you know, I guess I'm trying on all of the shoes to see which one fits the best.

Are you from New Orleans?

No, I'm not. I moved here about four years ago.

What brought you to the city?

I was living in Manhattan at the time, and I was in a studio about 14 by 14 square feet. And I just decided, I had never lived in the South so I would try to live down here for a year for the experience and then go back home. But then four years later I've bought a house, so I think y'all are stuck with me in New Orleans.

How long have you been at Adelaide?

I've been here six weeks, since the end of January.

So what's your favorite menu item so far?

Probably the shrimp courtbouillon. Chef [Chris Barbato] produces this beautiful fish in the kitchen, and the shrimp are like perfectly crisp on the outside and then really tender, just-passed-raw on the inside. It's just awesome. I also love the croque madame, which I guess I'm a sandwich girl. Like, give me a burger. But his croque madame is really delicious. It's got a duck egg on it. I think you can put eggs and butter on anything and make it absolutely sublime.

I absolutely agree. So when you're not here, where do you like to go to eat?

Mondo is one of my favorites. I was actually there last night. Food is so good. Food is really awesome, and [GM] Jenni [Lynch] has an awesome wine list. So Mondo's one of my favorites. I also really love Domenica. They have great cocktails, great food. And I like Italian food, but it's funny that those are two of my favorites. And I'm not trying to sound like there's any nepotism, it's always been one of my favorites since I've been down here, but Commander's Palace. There's nowhere in town like it, it's magical. Going out with my girlfriends, or on a date, it's just a lovely place.

If I'm just going out for drinks? I guess I tend to be more of a wine person than a cocktail person, so I do like the wines by the glass at Emeril's, the one on Tchoupitoulas. I'm actually super-excited about R'evolution, if it'll ever open. I really like the Sazerac Bar at the Roosevelt, awesome place for cocktails. And of course Swizzle Stick!