Share All sharing options for: Chefs Weigh In: Mardi Gras

Welcome to Hot Topics, in which chefs chime in on a significant issue in food. 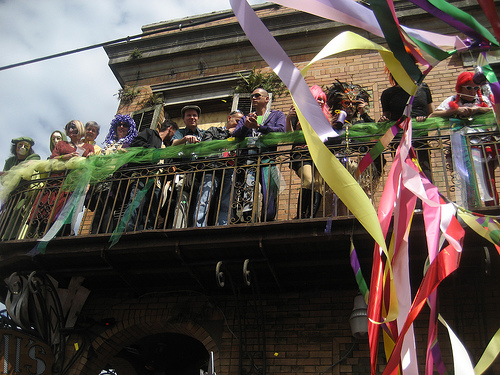 Mardi Gras brings an unrivaled number of guests into the city of New Orleans, all of whom have to spend their money on booze, food, beads, hotel rooms and more. 2009's Carnival reportedly pumped $145 million directly into the New Orleans economy. Mardi Gras also has the effect of absolutely changing everything about life in New Orleans for several days on end, something to which the city's restaurant industry is not immune.

To get a sense of how Mardi Gras affects chefs' lives, both personally and professionally, we talked to 5 local chefs. Here now, are Alon Shaya (Domenica), Vinny Russo (the Ritz-Carlton), Michael Sichel (Galatoire's), Alex Harrell (Sylvain) and Phillip Lopez (Root) on Mardi Gras. 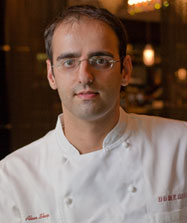 We have a love-hate relationship with Mardi Gras, especially on a business side. We have a strong local support, but it kind of keeps the locals away. Mostly because most locals don't hang out in the CBD during Mardi Gras, they're usually out in uptown or Mid City. But at the same time, it's great because we get a lot of new people in. It's always a really fun crowd, and people are really happy and upbeat. So it's one of the funnest times of the year in the restaurant, for sure.

I'm mostly stuck in the restaurant. I usually pick one day when I can kind of break away and go have some fun. My sous chefs and I will all figure out one day when we can each take off and cover for each other so we can enjoy the festivities a little bit.

It's typically the kind of thing where people will come in and grab a pizza and a beer and then go back out onto the parade route. It's not the kind of thing where we get people coming in for three course meals and an expensive bottle of wine. It's a pretty easy day at the restaurant for us. We feed a lot of people, but the people that do come through come in for a quick bite and then go back out to party. If your website was called 'Drinker' we'd have a lot more to talk about during Mardi Gras in terms of consumption. But at the same time, for example we're doing our king cakes at Domenica right now. And we pretty much stick to the authentic Italian theme at the restaurant, so Mardi Gras for us is a chance to kind of do something different and break away from the norm of what we do. And people go for it. It's really interesting to see. You'd be doing a disservice to your business if you didn't combine the local culture and really embrace it with what you do every day.

And on a personal level, I love it. I love everything about Mardi Gras. My fiancée's a huge Mardi Gras lover, she hits all the parades and dresses up and does it all. We have a lot of fun. We decorated our house, we've got stuff all over our porch and our trees. We're having fun with it. 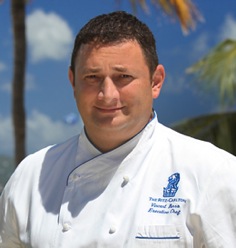 You know, it's definitely craziness. It's just a really good time, the party never stops. It's 24/7, every day of the week for like the last two weeks. We've been busy with a lot of balls. I have some people who actually ride in the parades, but then I've had some private groups, because of the way that they operate, they don't actually participate in the parades. But they have their own private balls. We just a private ball, the Atlantean ball, that was about 300 people. They average 300-500 people each ball.

For us, because we're on the parade route, business is not that great. We have a Mardi Gras booth. Because of the parades, it's hard to get into the parking garage, and a lot of the locals actually just go to the parades. So it's really not that hectic for us. But we actually have a booth on the street outside the Ritz where we will do most of our business for Mardi Gras. We're selling painkillers, hurricanes, beer, plus some jambalaya and gumbo. So everyone will have fun at the booth. It's also like [the staff] can let their hair down and party with the locals at the booth and have a good time. People aren't going to want to come upstairs and sit in the M Bistro while all of the festivities are going on outside. 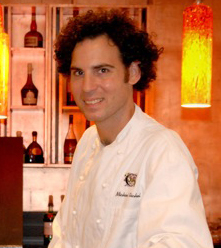 Mardi Gras encompasses the essence of New Orleans. It represents how we live and puts a spotlight on the wonderful food, spirit and people New Orleans is known for. I look forward to the sense of celebration that takes over the city every year during this wonderful time.

Galatoire's is located in the heart of the French Quarter, a hotspot for Mardi Gras revelers. It is great for our business as it brings people in from around the world.

There's nowhere else I'd rather be than in New Orleans for Mardi Gras. Galatoire's is closed on Fat Tuesday but up until that day I'll be working in the kitchen hoping to make someone's Mardi Gras that much more memorable. 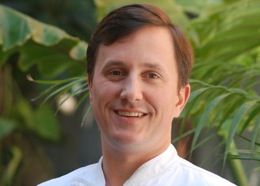 Personally and professionally, I really enjoy Mardi Gras. It’s great for me to be able to share the parades with my family. My daughters really enjoy going uptown to catch beads, and I try to make a couple each year with the girls. It is always great to see the city and population caught up in the Carnival spirit.

Professionally speaking, Mardi Gras offers us another chance to reach new customers. With so many locals and tourist in the Quarter, we have the unique opportunity to introduce new customers to what we do at Sylvain. Our plans this year at the restaurant are very similar to what we had success with last year. We will be open for regular business hours all this weekend and on Lundi Gras. For Mardi Gras day we will open at 11:30 am and run service until 7:00 pm. Mardi Gras day will feature a more limited menu. I will be at the restaurant all weekend through Tuesday.

Mardi Gras is very busy for us, but it is really cool to see our customers, both regulars and new alike, having a great time at Sylvain. The weekend is also challenging from a business standpoint. Parking becomes very limited and with the street closures, staff have trouble getting to work. As a chef , I have to plan a little farther in advance. My deliveries get delayed because of traffic and you have to make sure that you have enough product in house. We learned a lot from our first Mardi Gras in business last year and look forward to another great experience this year. 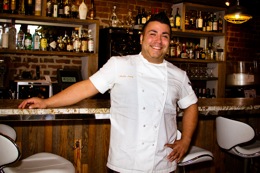 It's a huge influx of people into the city, which is good for business, for any kind of business that caters to locals or tourists. But Mardi Gras is almost like Spring Break for New Orleanians. It's one of those times of year when everybody can just be crazy, be somebody else. As a chef, it's fun because we have a lot of friends from out of town coming in, and they come in basically just for Mardi Gras, pretty much saving up money for the whole year to come and let loose. But as a businessperson, it's awesome. It's that time of the year when you have a huge spotlight on the city, so there's a lot of people from out of town, and from major cities like New York, LA, or Miami. And they come up and experience this debauchery. The week right before Mardi Gras is where there's a lot of people coming into town. A lot of the parades that are early in the season are pretty much locals' parades. It's really the bigger parades that bring people into the city and bring that influx.

I look at it like this. My guys, we opened up right before Thanksgiving, so we were just kind of there with our backs to the wall. We had to push through Thanksgiving, push through Christmas, push through New Year's. We've been working long hours. We've all been in here basically 20 hours a day. I've got a really great, passionate, dedicated staff. We're always closed on Sundays, so I thought it would be a good idea for Lundi Gras and Mardi Gras Day to kind of do a Christmas slash Mardi Gras party for our staff. You know, come in here, maybe catch some parades and just give back to the people who have given us so much. [Photo: Amy Jett]