As is the tradition at Eater, we're rounding up the year with a survey of friends, industry types, bloggers and others to get a feel for the highlights and lowlights of the last year in eating in New Orleans. Yesterday we discussed Top Restaurant Standbys, Favorite Newcomers, and friends of Eater offered One Word Descriptions of 2012. Today, we've already covered Best Dining Neighborhoods and Single Best Meals of 2012 and Dining Surprises. Now, dearest readers, our panel of restaurant experts divulge their Restaurant Breakups. Readers, please add your breakups to the comments. 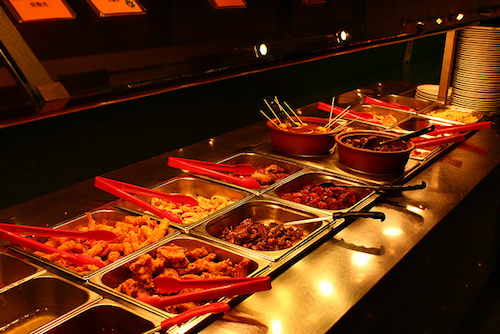 Anne Berry, freelancer, food writer for Where Y'at: I broke up with national restaurant chains when I moved to New Orleans.

Rene Louapre IV, Blackened Out: I broke up with Vietnamese food beginning at the end of last year. I had overdosed on it; and became far too dependent on bun with chargrilled pork. I moved back in with Chinese, Thai, and other Asian cuisines. But recently we started seeing each other in nondescript office park lunchtime trysts on the West Bank.

Wayne Curtis, author of And a Bottle of Rum, Slow Cocktails dispatcher: I had to "Dear John" Bar Tonique after two nights earlier this year owing to bar staff with minimal skills and maximal attitude (none good). But there's been turnover and new folks have come on, so I'm overdue for a revisit. And I only had a first date with Backspace Bar, but realized it wouldn't work out after being served a Manhattan made with dry vermouth.

Gwendolyn Knapp, editor Eater NOLA:I was sad to see Kim Son on NOLA.com's repeat offenders list of critical health code violations. I'm going to focus on me in 2013, instead of dreaming about salt baked crab all the time.

· All Year in Eater Coverage [-ENOLA-]