Share All sharing options for: What Was Your Single Best Meal of 2012?

As is the tradition at Eater, we're rounding up the year with a survey of friends, industry types, bloggers and others to get a feel for the highlights and lowlights of the last year in eating in New Orleans. Yesterday we discussed Top Restaurant Standbys, Favorite Newcomers, and friends of Eater offered One Word Descriptions of 2012. Today, we've already covered Best Dining Neighborhoods, and now our panel of restaurant experts divulge their Single Best Meal of 2012. Tell us your best meal in the comments. 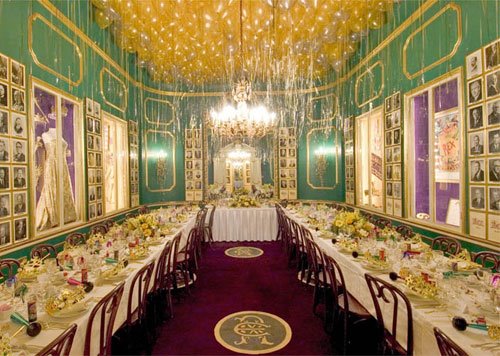 Alexander Hancock, associate editor, Eater NY: My single-best meal in 2012 was at John Steven's Tavern, a bar in Fell's Point in Baltimore. Had a pound of steamed shrimp and a soft-shell crab BLT, with chipotle mayo on a pretzel bun, and a couple beers. Absurd. In New Orleans, my best meal was easily my last one (which is a bittersweet thing): had a fantastic, long meal at Maurepas Foods the night before leaving. I'm kind of a grits fanatic, and Michael Doyle's are the best around. That meal had all of the late-summer seasonal things they were doing, and it was a long and delicious meal with plenty of fantastic sparkling wine. Every meal I had at Maurepas Foods was amazing, but that one was legendary.

Rene Louapre IV, Blackened Out: Coquette, about 2 months ago. Lamb heart with pickled vegetables was like ravishing a baby lamb in the middle of a spring meadow with a little babbling brook of red wine running through the middle of it. It was that good.

Wayne Curtis, author of And a Bottle of Rum, Slow Cocktails dispatcher: A bowl of yaka mein at a downtown second line one queasy, furry morning. It was like the scene in Wizard of Oz when the everything suddenly went Technicolor.

Gwendolyn Knapp, editor Eater NOLA: I had some crazy amazing meals this year, including a lunch at Le Bernardin, a birthday dinner at Stella, a blurry chick-Sylvain sandwich on Mardi Gras day, and dining within eavesdropping distance of Leonaro Decaprio at Maurepas Foods. But my single best meal was at Cochon on one of those crappy days following Isaac, when I still didn't have power. I felt like an unbathed rat, but once the Barq's root beer, fried alligator and boudin balls hit the table, I forgot that I'd been trapped in a stifling house with my psychotic cat and mother for days on end.