What Was the Biggest Dining Surprise of 2012?

Share All sharing options for: What Was the Biggest Dining Surprise of 2012?

As is the tradition at Eater, we're rounding up the year with a survey of friends, industry types, bloggers and others to get a feel for the highlights and lowlights of the last year in eating in New Orleans. Yesterday we discussed Top Restaurant Standbys, Favorite Newcomers, and friends of Eater offered One Word Descriptions of 2012. Today, we've already covered Best Dining Neighborhoods and Single Best Meals of 2012 . Now, dearest readers, our panel of restaurant experts divulge the Biggest Dining Surprises of 2012. Feel free to add your description to the comments. 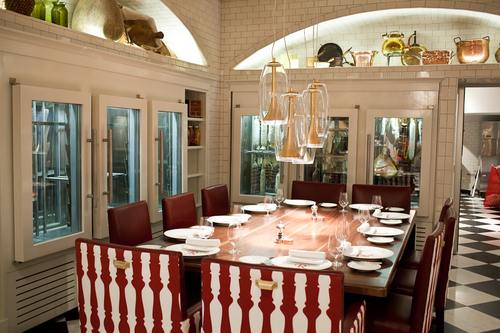 Q. What was the biggest dining surprise of 2012?

Alexander Hancock, associate editor, Eater NY: Honestly I was surprised by the reaction to R'evolution: Obviously the food was going to be good, but by the time it opened that was a huge, ambitious, expensive, occasional restaurant at a time when every single dining trend was pointing in the opposite direction. It's a testament to what they're doing there that people are going and really seem to love it. The options at the bar certainly don't hurt!

Anne Berry, freelancer, food writer for Where Y'at: Finding The Irish House open and serving lunch three days after Isaac rolled through. The dining room was dark (as was most of St. Charles Avenue), but Chef Matt had bought his own generator. After days of cold cuts and crackers in our dark house, we finally had a hot meal? delicate potato soup; griddled Gouda and truffled chicken sandwiches? and cold beers. As for 2013, I'm eager to try daily brunch (and Geoffrey Wilson's morning cocktails) at La Fin Du Monde, as well as the forthcoming Slavic food at Perestroika@Pravda.

Wayne Curtis, author of And a Bottle of Rum, Slow Cocktails dispatcher: I wasn't surprised by much, but the trend that pleased me most was the spread of the craft cocktail. Five years ago, I had to stalk a handful of good bartenders and find out when they were working to ensure a well-made drink. But now I can stop by a growing number of places any old time (Bellocq, Arnaud's French 75, Cure, Maurepas, Perestroika, SoBou, Why Not?) and be assured drinks that far exceed the merely potable.

Gwendolyn Knapp, editor Eater NOLA: I was surprised by how many restaurants? including very expensive fine dining establishments in New Orleans, New York, and elsewhere? sent food out to the table that was too freaking hot. I'm not talking sexy. I'm talking the roof of my mouth just turned to lardo after biting into this deep fried bacon wrapped date and now I'm filing a lawsuit hot. I had so many mouth-burning experiences this year that it was the first dining surprise to come to mind. Other than that, the biggest dining surprise was C-Tate's Dix Stix. They're made from male strippers!