What Were 2012's Best New Restaurants in New Orleans?

Share All sharing options for: What Were 2012's Best New Restaurants in New Orleans?

As is the tradition at Eater, our closeout of the year is a survey of friends, industry types, bloggers, and readers. We've already discussed the city's best standbys of 2012, and now we wonder: what were the year's best new restauranst? Readers, please add your thoughts to the comments. 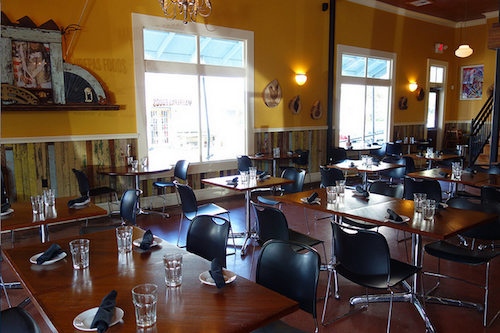 Q. What were 2012's Best New Restaurants in New Orleans?

Alexander Hancock, associate editor, Eater NY: This is skewed by the fact that I moved away in late July, but it's got to be Maurepas Foods, hands down. That quality food in that awesome space should not be available at that price point, period. I had a fairly good meal in Bar R'evolution, though, and I'm psyched to try Booty's when I get back. And I know this is specifically focused towards restaurants, but I don't think I can go without mentioning Bellocq. Easily my favorite cocktail bar I've ever been to. What they're doing in that space is extraordinary.

Anne Berry, freelancer, food writer for Where Y'at: SoBou for its creative bar bites and equally on-trend drinks list. Bawk! at breakfast, for its specials and seasonal, housemade jams. Serendipity for its revival of cocktail classics, and Chef Chris DeBarr's fun, fresh plates. Restaurant R'evolution for its thoughtful interpretation of local cuisine, and a nod to the countries that inspired it.

Rene Louapre IV, Blackened Out: Pizza Delicious ascent to a real brick and mortar was pretty awesome. But not sure if they qualify as a newcomer. I had a preconceived notion of Maurepas Foods that was shattered the first time I tasted the refinement and restraint in Doyle's cooking.

Justin Trosclair, cheesemonger, blogger: Obviously Maurepas? shit what else came out this year? I like Toups' Meatery and St. Lawrence.

Wayne Curtis, author of And a Bottle of Rum, Slow Cocktails dispatcher: Toups' Meatery, which feels like Cochon's slightly rowdier younger brother. Maurepas Foods, which underprices and overdelivers - a nice inversion of the usual. Killer Poboys at Erin Rose for giving poboys an advanced degree without being too pleased with themselves for doing so.

Gwendolyn Knapp, editor Eater NOLA: Maurepas Foods never disappoints in terms of food, price, or people watching. We've Got Soul is insanely decadent, and I love the fact that it's hidden in Marie's with all these old neighborhood guys sitting around, listening to the Eagles. I think Booty's, Pizza Delicious, Gracious Bakery and Root are all great new additions too.