As is the tradition at Eater, we're rounding up the year with a survey of friends, industry types, bloggers and others to get a feel for the highlights and lowlights of the last year in eating in New Orleans. So far we've covered Top Restaurant Standbys, Favorite Newcomers, One Word Descriptions and Best Meals. Today we're talking about Restaurant Breakups, with responses related to you here in no particular order. 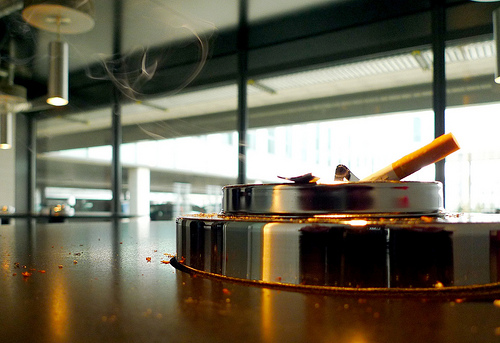 What restaurants did you break up with in the last year?

Brett Michael Dykes, aka Cajun Boy at Uproxx: I've broken up with a few bars/restaurants that still allows smoking inside. I'm just over it and it's becoming increasingly hard for me to tolerate. Nothing against smokers, but I've never liked going home smelling like a cigarette at the end of a night and there's enough scientific data out there now showing that the long-term health of the employees that work at such places could be jeopardized by it.

Ray Cannata, minister, The Man Who Ate New Orleans: Sadly, a few. But I hate saying anything negative about a restaurant in Orleans Parish.

Fran Merkley, Events Manager, Pat O'Brien's: As silly as this may sound, I am done with Domino's Pizza. Its never good, always overpriced and doesn't even cure a hangover anymore. There are so many better options in this city, pizza or otherwise, I don't know why Domino's is still even on my radar...done.

Paul Tuennerman, aka Mr. Cocktail, Tales of the Cocktail: Yes, but I would rather focus on all the good going on in New Orleans. With all the new additions in New Orleans, everyone will need to either "step up" of not be surprised when they slip into an oblivion of mediocrity. The Restaurant and Bar Scene in New Orleans is becoming better and as a result, more competitive. In the end, we all win!

Rene Louapre, Blackened Out: I broke up with Luke in early March. But a recent visit has me once again saying Luke has so much potential. I just wish they would stop sitting me in that god awful backroom.

Lauren Bierbaum, Associate Director, Partnership for Youth Development: Nope. Even when my patronage at a particular establishment wanes, I wouldn't say we've broken up. I remain good friends with all my exes.

Andrew Marin, Twitter personality: Dumped by Cuvee when she closed. An expensive date but always was worth it. Summer fling with Feast before she closed. Rustic, warm, and hearty. But wholly misunderstood and not in the right place. Heartbroken by MVBurger but rebounded and happy with Company Burger.

Randy Fertel, author, The Gorilla Man and the Empress of Steak: A certain steak house.

Colleen Rush, editor, NewOrleans.com: Let me preface this by saying: I absolutely respect the history, culinary traditions and sentimental connections to the grand, old Creole and neighborhood restaurants in New Orleans. But strictly from a food standpoint, I think some of those restaurants are coasting on the fumes of their legends. I can't say we've "broken up", but the thrill is gone between us. I spent 2010 giving the Creole stalwarts and old neighborhood favorites the benefit of the doubt, but in 2011, the "relationship" definitely cooled. It's not that they need to innovate and reinvent trout meuniere or fried seafood platters. I love New Orleans' food classics as much as anyone else, but if you're going to work the same menu for 50+ years, you better nail those classics like you've been making them for 50+ years. I'm not naming names because my mama always told me, "If you can't say anything nice...."

Alexander Hancock, editor, Eater NOLA: Mahoney's. I hate to say that because it used to be one of my favorites, but it's stupidly expensive and I had the nastiest cochon de lait there.

Where'd you break up with this year? Why? Leave it in the comments.