Share All sharing options for: Dining World Headline Predictions for 2012

As is the tradition at Eater, we're rounding up the year with a survey of friends, industry types, bloggers and others to get a feel for the highlights and lowlights of the last year in eating in New Orleans. So far we've covered Top Restaurant Standbys, Favorite Newcomers, One Word Descriptions, Best Meals and Restaurant Breakups. To wrap it up, we're predicting the dining headlines for 2012, with responses related to you here in no particular order. 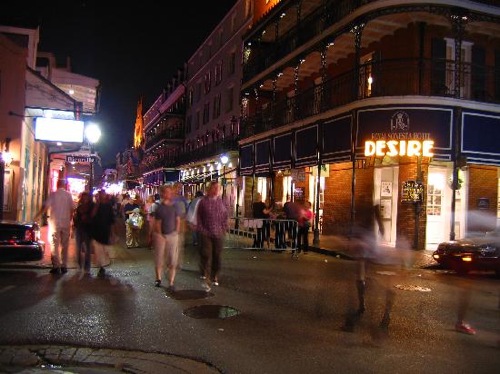 What will the dining world be talking about in 2012?

Rene Louapre, Blackened Out: Guess what is hot in dining again? Service.

Emily Smith, blogger, Fleurdelicious: I think the food truck and pop up restaurant trend will continue in 2012 but what I really want to see are more fine dining establishments open up.  Either way, the future of the New Orleans dining scene excites, inspires, and captivates me. I can't wait to see what delicious things 2012 will bring! Happy New Year!

Lorin Gaudin, New Orleans Food Goddess: Bring it... New Orleans' culinary scene is better, more diverse and bigger than ever. If you're not on your game, say bye-bye.

Lauren Bierbaum, Associate Director, Partnership for Youth Development: Cafe Reconcile, Liberty's Kitchen, NOCCA, Share Our Strength, and Second Harvest - the organizations that help young people achieve their aspirations as chefs and restaurateurs, and that fight hunger on behalf of all New Orleanians - will be *the* stories to watch in 2012!

Paul Tuennerman, aka Mr. Cocktail, Tales of the Cocktail: Really, I hope that New Orleans truly receives the recognition due as one of the "top spots" for Restaurants and Bars. The City is back and in a very big way.  Those that decided to call New Orleans home since Hurricane Katrina do so, because they love and believe in the City.  There's an endless loop of happenings in the Restaurant and Bar Scene and it just keeps getting better.  There's an abundance of talent both in the Kitchen and behind the Bar where innovation takes place on a daily basis.  Just once it would be nice to be recognized as the great influence we are in the Food and Beverage World and just perhaps, 2012 is that year!

Brett Michael Dykes, aka Cajun Boy at Uproxx: Popeye's Continues to Serve the Best Red Beans and Rice on Earth

Have your own trend or headline prediction (or hope)? As always, put it in the comments. And have a great New Year's Eve!