Friends of Eater on Their Biggest Dining Surprises

Share All sharing options for: Friends of Eater on Their Biggest Dining Surprises

As is the tradition at Eater, we're rounding up the year with a survey of friends, industry types, bloggers and others to get a feel for the highlights and lowlights of the last year in eating in New Orleans. So far we've covered Top Restaurant Standbys, Favorite Newcomers and One Word Descriptions. Today we're talking about the Biggest Dining Surprises of 2011, with responses related to you here in no particular order. 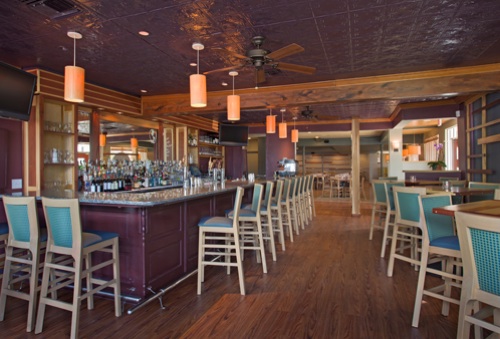 Question: What were your biggest dining surprises of 2011?

Lorin Gaudin, New Orleans Food Goddess: Two things: The popularity of pop up dining has been incredible and for the most part, incredibly delicious... And on the negative side, Feast... What caught me off guard was the attempt to do heavy, pubby English dishes in New Orleans. Technically the food was excellent, but the concept was not wise for this city, and I knew it from my first bite.

Colleen Rush, editor, NewOrleans.com: This is a weird question. "Surprise!," as in "that's not really tofu, it's cat!" or "Surprise!" as in "People actually listen to that food radio show?!" I'm gonna shoot for somewhere in the middle: Surprise! The new Rouse's in the CBD is awesome! It's like Whole Foods without the superiority complex. For the market-starved and hungry office workers of the CBD, it really hits the G-spot. (G is for groceries.) I've even coined a term for it: "Rouse-gasm: the OMG! look of utter joy on a local's face the first time she walks through the new Rouse's."

Lauren Bierbaum, Associate Director, Partnership for Youth Development: Real Southern bbq at Slow's in Detroit (albeit with seitan options); International Market's ability to fuel my partner's newfound obsession with home-cooking Indian cuisine; the generosity of vendors like the new Rouse's and Blue Dot Donuts, who provide deliciousness to New Orleans nonprofits; the amazing work (and food) of Hollygrove Market and Farm; how much I like LA 31 Biere Pale.

Andrew Marin, Twitter personality: I took visiting friends to August and Kelly Fields, the pastry chef, sent us a bomb of her entire dessert menu, lunch AND dinner. She does amazing work: Appropriate portion size, playful without pretentious, not too sweet or heavy. I could go on and on. I'm not a big dessert guy, but everything was spectacular. Now my friends think I'm a baller even though I'm definitely not.

Fran Merkley, Events Manager, Pat O'Brien's: That Pho place in that bar. What's it really called? The one in Lost Love Lounge. That place is great.

Rene Louapre, Blackened Out: The growth and maturity that took place at Coquette. I think Stoltzfus and Hubbard have turned that place into one of New Orleans' most polished and fantastic dining spots.

Brett Michael Dykes, aka Cajun Boy at Uproxx: I went out to Mosca's recently and was struck by how remarkably unchanged everything was from the previous time I'd been, which was years ago. I'm kind of fascinated by the ability to maintain rigid consistency, as it's something I seem to be utterly incapable of maintaining in any facet of life, and stepping into that place is truly like stepping back into another era, and the food remains fantastic.

Emily Smith, blogger, Fleurdelicious: Three Muses. No where else will you find a menu as diverse, delicious, and priced to please. The live music alone will have you coming back for more.

Ray Cannata, minister, The Man Who Ate New Orleans: Lots of little dives ? I never expected to learn that Gina at Jimani's Lounge (bar in the Quarter) makes the best steak sandwich on earth.  Or that the tacos and yucca fries would be so amazing at Rita's Tequila House, sandwiched between some bawdy clubs on Bourbon.

Randy Fertel, author, The Gorilla Man and the Empress of Steak: That my nephew Rien was right that Cowbell’s burger was better than Company Burger.

Paul Tuennerman, aka Mr. Cocktail, Tales of the Cocktail: My "Biggest Dining Surprise of 2011" would have to be the continued proliferation of new Restaurants and Bars in New Orleans.  I mean come on, the World's Economy was in the garbage and if you believed what the Media and Politicians were spewing on a daily basis, we were twenty-four hours away from armageddon. So with the World on the edge of implosion, why was the crowd three deep at Cure NOLA? Why did Sylvain even happen?  How come Chris Hannah was continuing to churn out well crafted cocktails at Arnaud's French 75? So, with the endless array of new drinking and eating establishments, I'm generally surprised we are all still here trying to get a well crafted cocktail and not huddled up under an overpass in the midst of a nuclear winter!

Alexander Hancock, editor, Eater NOLA: Mondo. I finally ate there earlier this year and was blown away. Yeah, Susan Spicer's behind it so it will obviously be great, but because it's more family-oriented and in Lakeview I was a little prejudiced against it. And it was one of the two best dining experiences of year, if not of my life. Also: few, if any, of the new restaurants in town really traffic in classic New Orleans food (as we tend to think of it), which is surprising given the zeitgeist behind defending/preserving New Orleans culture.

Did anything surprise you this year? Leave it in the comments.