Friends of Eater Try to Describe 2011 in One Word

Share All sharing options for: Friends of Eater Try to Describe 2011 in One Word

As is the tradition at Eater, we're rounding up the year with a survey of friends, industry types, bloggers and others to get a feel for the highlights and lowlights of the last year in eating in New Orleans. Yesterday we talked about Top Restaurant Standbys and Favorite Newcomers. Today we're trying to describe 2011 in one word, with responses related to you here in no particular order. 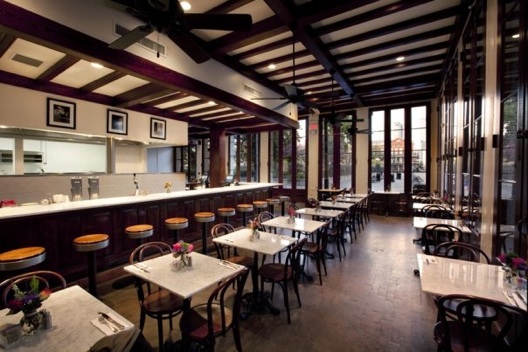 Rene Louapre, Blackened Out: Expansive. Since Katrina New Orleans has been shedding its label as a Cajun/Creole destination and embracing foods and cuisines from all over. 2011 really develop that trend into a movement. Domenica, featuring regional Italian under the watchful eye of Alon Shaya, really came into its groove and established itself as a force. Then all the pop ups serving a variety of food from vegan Korean to barbecue. New Orleans food is on the cusp of once again establishing itself as a world class dining destination. If we aren't already there.

Brett Michael Dykes, aka Cajun Boy at Uproxx: Refinement. (The Nola restaurant scene continues to evolve and diversify for the better.)

Randy Fertel, author, The Gorilla Man and the Empress of Steak: The marriage of farm-to-table with New Orleans culinary traditions

Emily Smith, blogger, Fleurdelicious: Hopeful. Major changes in my life have made me incredibly hopeful for what the future holds.

Colleen Rush, editor, NewOrleans.com: Egg. You know Beyonce's "Single Ladies" (Put a Ring on It)? I'm re-working the song, and the refrain goes something like, "If you liked me then you shoulda put an egg on it." It's been the year of the yard egg (okay, two years) and unlike bacon ? which I've learned the hard way that there is such a thing as too much of a good thing ? I have yet to live the day that I wouldn't eat a perfectly cooked egg. On a burger (Clover Grill, Company Burger). On a pizza (Domenica). Ensconced in boudin and fried (Ralph's on the Park). Spaghetti alla Carbonara (a Mano). And the fried-poached egg on the spaghetti/guanciale at Herbsaint makes me want to hug people.

Paul Tuennerman, aka Mr. Cocktail, Tales of the Cocktail: "Surprising" - Let's face it, 2011 really wasn't suppose to turn out as well as it did for New Orleans or for that matter, anyone.  With the World's Economy in the proverbial "Shitter," if you had told me last year that New Orleans was going to be named by the Wall Street Journal as "Most Improved City for Business," I would have dismissed you as delusional. Now with 2011 all but over, I'd say "of course"! With more Restaurants and Bars than prior to Hurricane Katrina, I'm proud to call New Orleans home and even prouder to belly up to the Bar and ask for a "Double."

Alexander Hancock, editor, Eater NOLA: Freret. Or, if I can hyphenate, fast-casual.

How would you describe this year? Put it in the comments!