Share All sharing options for: Friends of Eater Name Their Top Restaurant Standbys

As is the tradition at Eater, we're rounding up the year with a survey of friends, industry types, bloggers and others to get a feel for the highlights and lowlights of the last year in eating in New Orleans. As we start the week, we're talking about the Top Restaurant Standbys, related to you here in no particular order. 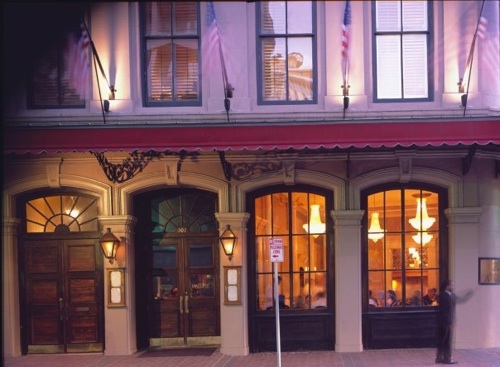 Question: What were your top restaurant standbys of 2011?

Rene Louapre, Blackened Out: My dirty affair with Vietnamese cooled and I sought out spicier Thai food, notably Banana Blossom, also I continue to return time and time again to Herbsaint for its consistency and class.

Brett Michael Dykes, aka Cajun Boy at Uproxx: Sylvain is hands-down my favorite place in New Orleans right now. There's nothing I don't love about. The pork shoulder they serve is probably my favorite entree going these days, and the bar makes a killer Sazerac. I mean, what more could you ask for?

A close second is Capdeville. Everyone I've taken there for the first time has been blown away. Like Sylvain, it's a great bar/restaurant combo package, but it tilts more toward bar while Sylvain tilts more toward a restaurant. With that said, it's why I often say that Capdeville serves the best bar food I think I've ever had. The burgers are inventive and flat-out delicious, and HELLO the truffle mac-n-cheese!!!

I've also become a huge fan of Eleven 79, perhaps the most under-hyped restaurant in the city. I pop in at least once a week for a meal or at least to have a drink at the bar.

And finally, I get these deep, guttural cravings for the roast beef poboy at Parasol's. It's much better than the one they served under the previous ownership, which has since moved up the block to Tracey's.

Andrew Marin, Twitter personality: I always bring first-timers to Jack Leonardi’s Jacques-Imo’s for obvious reasons. Horinoya’s the most authentic Japanese restaurant in the city. The prix-fixe lunch at John Besh’s August is an incredible deal.

Paul Tuennerman, aka Mr. Cocktail, Tales of the Cocktail: It's hard to prioritize them but my Top Restaurants for 2011 would include Sylvain, Cochon Butcher Shop, R&O's, Kim Son, Stein's Market & Deli, and Jack Dempsey's.

Colleen Rush, editor, NewOrleans.com: Green Goddess, Butcher, Liuzza’s by the Track (because I can crawl there from my front door for a Bloody Mary), Tan Dinh, Taceaux Loceaux, Pho Nola, Herbsaint.

Alexander Hancock, editor, Eater NOLA: Domenica and Cochon continue to be my favorites. I went to Elizabeth's for brunch maybe 10 times this year. Plus Parkway for po' boys?I go there more often than any other resto, both because I love their po' boys and because it's around the corner from my house. And on the bar side: Mimi's in the Marigny, Pal's, Cure.

Feel free to add your own favorite standbys in the comments.