Share All sharing options for: Cochon's Tomy Lagneaux is a "Pretty Straightforward" Guy

Welcome to The Gatekeepers, conversations with the fine ladies and gentlemen that stand between you and those hard-to-get tables. This week: Tomy Lagneaux of Cochon. 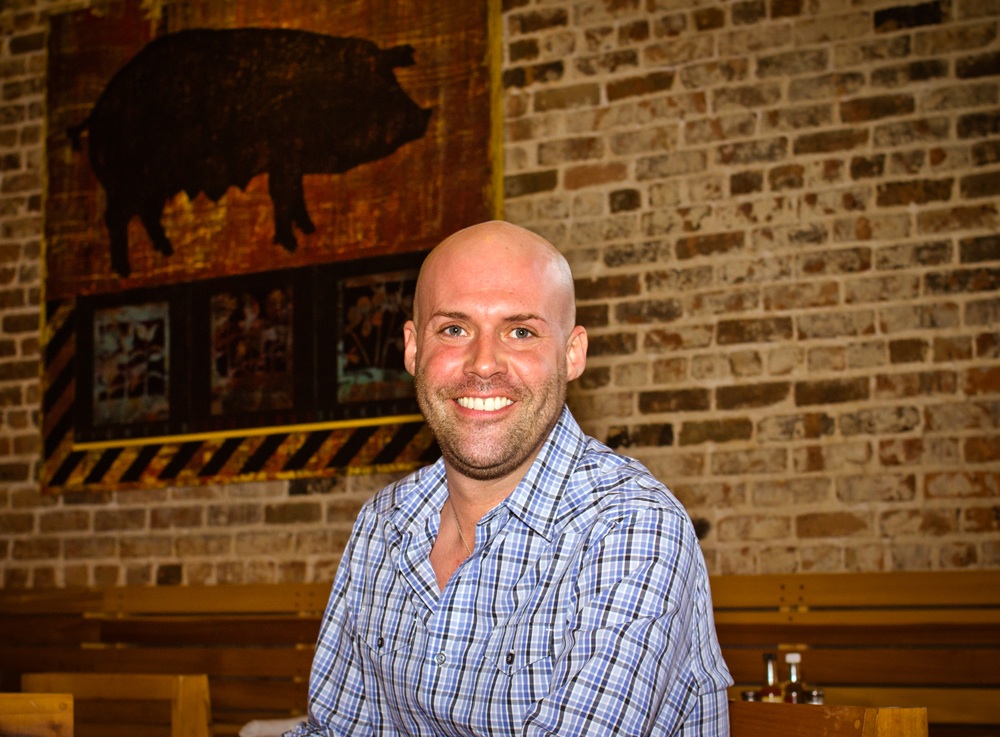 Cochon was opened in 2006 by chefs Donald Link and Stephen Stryjewski as a celebration of the Cajun cuisine that both chefs grew up with in Southeast Louisiana. Among the first new restaurants to open after Katrina, the Warehouse District spot quickly established its place among the leading restaurants in the city. There's been plenty of national attention, too: Both chefs have won James Beard Awards (Link in 2007, Stryjewski in 2011) and the restaurant itself was nominated for Best New Restaurant in 2007. General Manager Tomy Lagneaux (first name pronounced like Tommy) has been there since the beginning, starting as a server and working his way up to GM, where he's responsible for guarding over those much-coveted seats.

If I come in at 8pm on a Saturday, no reservations, what kind of wait am I looking at?

On the average, you'll be looking at a 45 minute to an hour wait.

Depending on who's in town and what's going on, if there's a convention or anything, if you come in at 6, 6:30 we can seat you outside, or at the chef's counter or the bar. By 7, 7:30 on a Saturday, that's when you start looking at a real wait.

Do people ever try to slip you cash or anything for tables?

Not really. Not really. People know we're a busy restaurant, they don't really mind waiting. Plus we've got cocktails, so they can have a drink and it's not too bad. People never seem to mind waiting a bit.

How many seats are there in the restaurant?

100?that's the dining room plus outside, the chef's counter and the bar.

Do you have regulars, and what are they like?

We do have some, people who come back in pretty regularly. They're great customers who just like the food. They come check out the specials, that kind of thing. Because we do the farmer's market and we change the menu to stay seasonal, we have people who like us who come back in for that.

Cochon has established itself as one of New Orleans' most famous restaurants. Do you get many celebrities coming in?

We don't like to say who comes in, what big names or celebrities are coming in. But yeah. Some people like that definitely do come in.

What happens if the restaurant is packed and a VIP comes in?

If it's packed, and like a real VIP type person comes in, we'll do our best to seat them right away and explain that it's busy. But if there's somebody on the wait list who's been there, got there before and has been waiting for a table, we'll seat them first. We won't make them keep waiting. That's just not right.

What's the most outrageous request you've ever received from a customer?

Oh, I have to stop and think about that one. Good question. Most outrageous request? Probably just a party of 10 wanting to be seated at a 4 top.

They really wanted that table in particular?

Well, they had been waiting for a table and and that one opened up, that was the only one. But I'm not gonna sit them there. That's not a good dinner environment, there wouldn't even be room for their plates.

How long have you been working at Cochon?

I opened it as a server. Been here since the beginning, and after a little while got promoted to manager and then General Manager, and it's been a lot of fun. This is a great company to work for, man.

What brought you here?

Well, I'm from Lafayette, that's where I grew up. After Katrina I obviously had to move back for a little bit, but by that point New Orleans was home and I was trying to get back. I'd heard of Donald and heard that they were opening up Cochon, and I just kind of gave it a shot. Then the recognition, the awards and stuff just started to happen and it's been really cool.

What's your favorite table in the restaurant?

Probably the chef's counter. You can sit over the kitchen and watch them work their magic. You get a good feel for how things are done when you sit there. Either that or table 54. That's in the corner by the side door, kind of tucked away but still in the restaurant. It's really nice.

What's your favorite thing on the menu?

Probably the pork cheeks or the red fish on the half shell. There are others, that's a tough call to make, but those are probably my favorites.

When you're not at Cochon, where do you like to eat?

I'm pretty straightforward when it comes to drinks. I just like a simple vodka martini. I do like some specialty cocktails from some places, though. At Bouligny Tavern I really like the Blood & Sand, that's a really great drink. It all depends on my mood and the season, of course. And obviously I'm all about some vino with my meals.